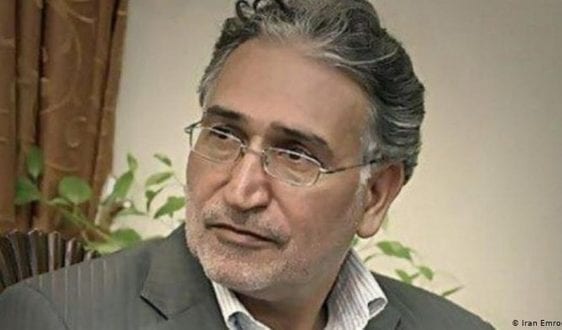 Al-Monitor – A group of independent United Nations human rights experts on Tuesday called on Iran to release a jailed dissident filmmaker whose severe health complications put him at risk of death.

“We are seriously concerned at the mistreatment of Mohammad Nourizad and his continued imprisonment for expressing his opinion,” the experts said, adding that his “case is emblematic of the situation many Iranian political activists face in detention.”

The filmmaker, who signed an open letter calling for Ayatollah Ali Khamenei’s resignation, is serving a more than 17-year sentence for insulting the supreme leader. According to Amnesty International, Nourizad has been denied access to specialized medical care for his heart disease and diabetes.

The rights group says he’s been subjected to sexual violence and other degrading treatment while in Tehran’s notorious Evin prison. In April, Nourizad wrote a letter describing an incident in which he says he was injected with an unknown substance into his genitals.

Nourizad has carried out several hunger strikes in prison and has refused to take medications as a form of protest against his imprisonment. He has also reportedly attempted suicide while in detention.

“It is clear that Mohammad Nourizad is not in a medical state to remain in prison,” the UN experts said, adding that the denial of adequate medical care may constitute torture.

The experts said they were concerned by ongoing reports of prisoners in Iran being denied adequate medical treatment, which has in some cases resulted in death.

“We remain extremely disturbed by continued reports of detainees, including those imprisoned for exercising their human rights, being denied or unnecessarily obstructed from receiving adequate medical treatment or care,” the experts said, calling on Iran to comply with international human rights standards for the treatment of prisoners.