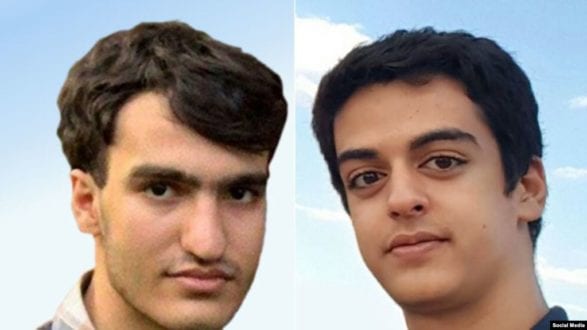 Iranwire – A year has passed since Ali Younesi and Amir Hossein Moradi, two top students at Tehran’s Sharif University of Technology, were arrested on terrorism charges.

Now, another detainee who was Younesi’s cellmate in Evin Prison for nine days in the summer of 2020 at Evin Prison has come forward to describe the ruthless psychological and physical torture this student was subjected to in order to extract a forced confession from him.

Mojtaba Hosseini is an Iranian citizen who was arrested in the summer of 2020 by the Intelligence Ministry for posting satirical tweets. He was sent to Ward 209 of Tehran’s Evin prison, and after a few days in solitary confinement was transferred to the ward’s quarantine section, where he met Ali Younesi.

The two young men had been arrested that April. Shortly afterwards Gholamhossein Esmaili, spokesman for the Iranian judiciary, accused them of working with opposition group the People’s Mojahedin Organization (MEK), which is designated as a terrorist organization by the Islamic Republic, and claimed that explosives had been discovered in their homes.

These charges were denied by their families and people close to them. Aida Younesi, Ali’s sister, compared the case against her brother to that of the  Iranians who were wrongly accused of assassinating Iranian nuclear scientists, in a case that was eventually dropped but not before they had all faced 26 months of detention and been tortured into giving false confessions.

In an interview with IranWire, Mojtaba Hosseini told us all he could recall about the treatment of Ali Younesi during his detention.

Tell us about the reasons for your arrest and your meeting Ali Younesi in Evin Prison.

On July 8 last year, agents of the Intelligence Ministry raided my home and arrested me for my satirical tweets. I was kept with 20 or 30 other prisoners in a room in the quarantine section of Evin Prison’s Ward 209. It was so crowded we had to sleep on our sides. Earlier I had spent three days in solitary confinement, where I had had a very difficult time.

When I entered the quarantine section, a very young man came forward to welcome me. When he noticed my mental anguish he encouraged me to calm down. He brought me tea, and comforted me, after my torment in solitary. When I asked his name, he said it was Ali Younesi. And he asked me if I would like to play chess. I accepted the offer and while we were playing, he told me the story of his own arrest.

I spent nine days with Ali in the quarantine section of Ward 209. He was not in good physical shape and he told me, little by little, about the psychological and physical tortures he had been subjected to during his 100 days of detention. In all the nine days that I was with Ali at Ward 209, he had just one phone conversation with his family, which lasted for only a few minutes.

This was the first phone conversation he had had with his family for around three weeks. Over those nine days, they took him for interrogation just once.

What did Ali Younesi tell you about his torture?

The first thing that was noticeable on Younesi’s face was an infection in his eye. It was so bad that anybody would have spotted it, even from a few meters away. It was black and blue, and blood-stained pus constantly dripped from it; the only treatment that the prison officials offered him was a few antibiotic pills a day.

Had Ali been beaten by the interrogators?

Ali said his eye had been injured back when he was arrested, along with Amir Hossein Moradi. These two friends were walking down the street when suddenly Intelligence Ministry agents had violently attacked them. Ali was so badly beaten that a full hundred days later, when I met him on Ward 209, his eye was still swollen and infected.

After arresting him on the street, the agents took Ali to his parents’ home and confiscated many things. Ali said they confiscated not only his notes, laptop and other personal items but his parents’ printer and ID cards. He said that after 100 days, they had still not returned his mother’s National ID card.

Ali said that after seeing these medals, the behavior of these agents – which until then had been all insults and violence – became a little more respectful.

I have no information about Moradi, and Ali did not tell me anything either.

Ali Younesi spent nearly 60 days in solitary confinement after his arrest. Did he tell you anything about what happened while he was in solitary?

Yes, Ali spent 60 days in a small solitary cell, with a big light that was always on, and a radiator that was on 24 hours a day in summertime. I had spent a much shorter time in solitary and for me, it was horrible to know that a young man who was almost 10 years younger than me had spent 60 days in solitary with that infected eye, and with such serious charges against him.

One of the stories he told me was this. One night he heard horrible screams, apparently being caused by torture, coming from the cell next to him. The screams lasted for a few hours, and Ali said he had been extremely scared. Between the screams, he heard somebody say “When we’re done with this prisoner, we’ll go to the next cell”: the cell where Ali was.

Did Ali tell you anything about the substance of the interrogations?

Apparently they wanted to force Ali to confess that he had transported explosives. The interrogator put a lot of pressure on him to admit to this charge. Ali said the interrogator had repeatedly told him that if he did not confess to this, they would execute him then and there.

“If you don’t cooperate you’ll never see your parents again,” the interrogator told Ali. They also threatened to arrest his parents as well if he did not confess.

On the other hand, they would also make promises to him. For example, they promised that they would release him soon after he made a confession, and that he would be allowed to continue his education at university.

Ali had had it with this. He told the interrogator: “Execute me right now. I am tired. You know what, I even killed Imam Hossein.” Of course, most of the interrogations took place while he was in solitary confinement.

Do you know anything about the joint session of the interrogators and representatives from some student associations of Sharif University at the Palace of Justice in Tehran, when they also brought out Ali Younesi and Amir Hossein Moradi?

One morning when I woke up on Ward 209, I noticed that Ali was not there. When he returned that afternoon he was very angry and upset. When I asked why, he said they had taken him to a meeting with representatives of Sharif University’s student societies so that he could confess in front of them.

During the meeting they had shown a blurry video of an attack on a building, and had claimed that Ali Younesi and Amir Hossein Moradi were the culprits. Right there, Ali had vehemently denied that he had played any role in the attack, and said the person depicted in the video was not recognizable at all.

The agents had accused Ali of lying when he had talked about the screams he had heard from the cell next to his. “That night I heard sounds of torture and I was scared until morning,” Ali said. “I have no idea whether it was a recording that you were playing to torment me, or whether somebody really was being tortured in that cell.”

What do you know about the charge against him and Moradi?

Ali told me many times that the security agents had found no explosives or any other incriminating items, and the charge was completely baseless. Even when other cellmates encouraged him to confess so that the interrogators would stop pressuring him, Ali would angrily respond: “Why should I confess to this utterly bogus charge? Accepting it would mean that I have personally signed the order for my own execution.”

What did Ali Younesi told you about the pressure he was under to give a TV confession?

One day, when a few cellmates were insisting that he should confess so that they would leave him alone, Ali told me: “In solitary I was under enormous pressure. I was forced to make televised confessions, something I would not have done under normal conditions.”

They had promised him that they would release him if he confessed in front of the state TV cameras. As he described it, one morning, the agents came, took him from his cell to a large room in Ward 209 and dressed him in civilian clothes to speak in front of the camera.

He said that the agents repeatedly stopped the recording to make him deliver the sentences in the tone that they wanted. The recording session lasted from morning until night.

During those days, the death sentencing of three November 2019 protesters was in the news, and [Islamic Republic of Iran Broadcasting’s program] 20:30 broadcast their confessions several times. Ali watched the program every day on the ward’s TV set and was worried that his forced confessions would be aired as well.

But, as of now, Younesi’s forced confessions have not been aired. It seems that even after so much pressure, he had not said quite what the agents had wanted him to say to the camera.

It was after these forced confessions were recorded that Ali Younesi showed more resistance to admitting to the charges against him. The agents had promised that after his TV confession they would let him choose his own lawyer and meet with his family, but instead, they put him under even worse pressure.

To try to make Ali Younesi confess, the Intelligence Ministry set up a meeting between him and a phony “Swedish ambassador” in Tehran. Did he tell you about this?

Yes. He said that when he was in solitary confinement the agents had taken him to another location, supposedly to meet the Swedish ambassador. Ali’s brother lives in Sweden and they had told Ali that if he had a message for his brother, he could send it to him through the Swedish ambassador. But when Ali met him, he realized he was an agent of the Intelligence Ministry wearing a suit and tie. 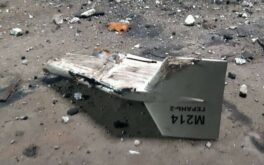