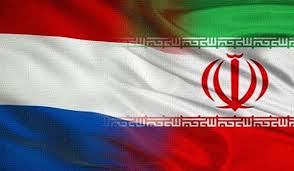 Shabtabnews – According to reports received, a group of
Iranian-Dutch citizens expressed disappointment in regards to their discussions with the Dutch Foreign Affairs Ministry on the 25th November and 11th March 2021 in relation to the Dutch government’s response to human rights violations in Iran.

In these meetings a small delegation of Dutch Iranians met with the Foreign Affairs Ministry officials, in which they highlighted the human rights violations taking place in Iran, where women and minorities are continuously suppressed, and individuals opposing the Iranian regime are are imprisoned, tortured and killed.

The group as result of these meetings declared: “that Dutch government is well aware of human rights violations of the Iranian regime and yet, despite this they are planning to renew and broaden their trade with Iran. “

In response to the groups concerns in regard to trade with Iran the ministry officials simply declared that Iran regime can be influenced by trade, even though they weren’t able to give any example of any other country where trade improved the human rights situation inside the country .

The group also reminded the ministry officials that the Iranian regime actually maintains the Syrian regime, and it does this together with Russia. Thus, expansion of trade with Iran is therefore a very strange course to take as it is type of discrimination. For effectively differentiates between human rights of Iranians and Syrians and human rights of Dutch citizens. As it enables type of violations to occur in Iran, which the Dutch government would rightly see as human right violations of Dutch citizens if they occurred in Netherlands.