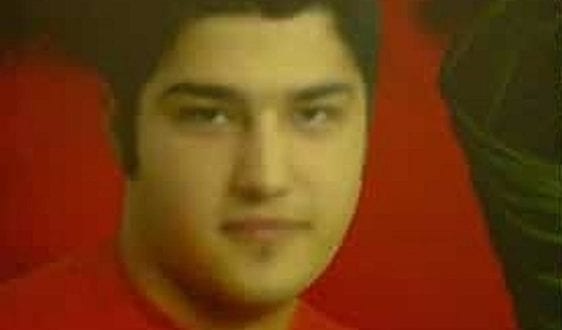 Mahmood Amiry-Moghaddam, IHR director said: “The international community and European states in particular, must respond to this execution appropriately. Tens of other juvenile convicts are currently on death row in Iranian prisons, the only way to save them from the death penalty is to change the law through sustained international pressure. That child offenders are still being executed in 2020, is not only shameful for the Islamic Republic of Iran but also for the international community.”

In 2020, Iran was the only country to carry out the death penalty on juvenile offenders. According to data collected by IHR and international human rights organisations, the Islamic Republic is responsible for more than 70% of all executions of juvenile offenders in the last 30 years.

According to Iran Human Rights, Hassan Rezaei was executed in the early hours of this morning at Rasht Central Prison.

According to his relatives, Hassan was 16 years old when he was arrested and sentenced to death for murder. He had spent the last 12 years on death row.

He had been transferred for execution on two previous occasions, last year when he had managed to buy an extension from his victim’s family and a fortnight ago, when it was delayed.

At the time of writing, Hassan’s execution has not been reported by domestic media or officials in Iran.

Iran is one of the few countries in the world that still carries out the death penalty for juvenile offenders. However, Article 91 of the new Islamic Penal Code, passed in 2013, grants judges the power to not issue death sentences to children who did not know and comprehend the nature of the crime or its sanctity.

According to Iran Human Rights’ annual report, in 2019, at least four children were executed in violation of the Convention on the Rights of the Child, which the Islamic Republic is a signatory to.

Given the security state and repression of civil society activists and the limited contact with prisoners, it is likely that the number of juvenile executions is much higher than recorded.