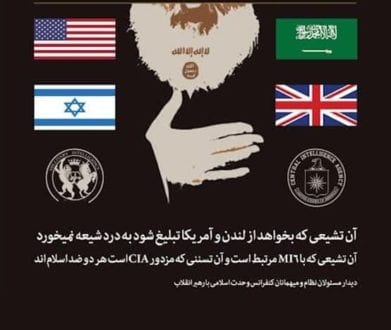 The true face of the regime fundamentalist policy is on display as it clearly rejects any form of Islam that doesn’t adhere to its own extremist ideology under the guise of Islam. As in this post it associates all other Islamic thought as anti-regime, and associates these thoughts with foreign powers and foreign intelligence services like CIA and MI6.