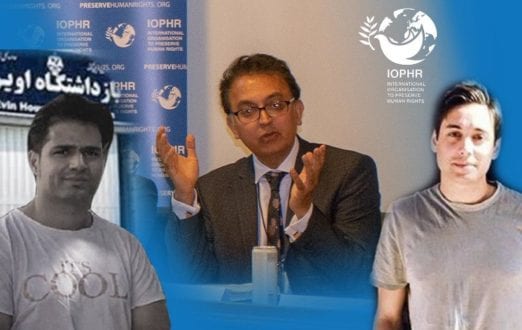 IOPHR’s open letter to the UN Human Rights Rapporteur in regards to the critical situation of Mr. Behnam Mahjoubi

Shabtabnews – In an open letter the IOPHR draws the attentions of Javaid Rehmanthe the United Nations Human Rights Rapporteur for Iran to the “wave of widespread detentions, without any explanation from the Iranian security officials, and the emergence of a growing dissatisfaction amongst Iranian citizens. Especially, amongst the millions of Gonabadi Sufis.”

The letter also points to the cases of Sufis Behnam Mahjoubi and Kianoosh Sanjari, who without rigours medical examination have been committed to a mental hospital. The letter also stated that “keeping Gonabadi Sufis in mental health centres is part of a very dangerous inhuman Iranian security plan, to indefinitely deprive the Sufi protesters of any possibility of protesting against the violation of their rights.”

IOPHR, while expressing its deep concerns about the consequences of this inhumane security plan, asks, “the rapporteur of the UN General Assembly Human Rights Council, to urgently include these cases in your report on the human rights violations of the Islamic Republic of Iran, and relate these facts to the relevant authorities, including the UN Human Rights Council.”

Full text of the letter can be seen below:

DorrTV Exclusive: Ali Khamenei’s secret order to the General Staff of the Armed Forces to prevent any provocative action in relation with Israel!