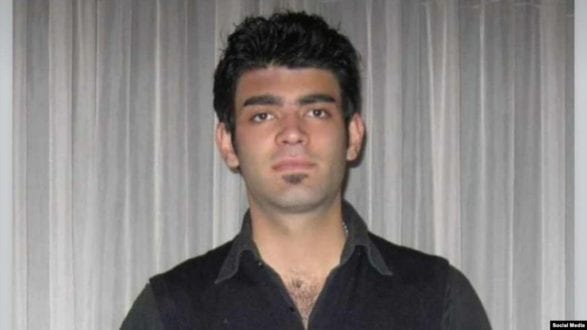 Protester Died Under Torture While in Custody, New Reports Indicate

Iran-HRM -Four days after the death of a protester prison, new reports indicate that he was tortured in custody despite his critical health conditions.

The relatives of Nader Mokhtari dismissed the judiciary’s claims about him as “shameless lies”, saying he died of injuries received while in custody.

Responding to the head of Prisons Organization of Tehran province, Heshmatollah Hayatolgheib, who claimed that the 35-year-old died of shortness of breath, one of the friends of Mokhtari family said: “Nader had ordinary asthma, does asthma cause fractured skull and broken arm and coma and death?”

Heshmatollah Hayatolgheib has also denied all the reports about the torture of Nader Mokhtari and said he was serving an eight-year sentence for “robbery” since 2015.

The family friend denied the judiciary official’s claims and said between 2015 to 2019 Mokhtari had not spend a single day in prison.

Mokhtari slipped into a coma after being beaten with batons by security forces during the November protests in the city of Karaj, west of the capital Tehran.

His family were unaware of his condition for 20 days until they finally found their son in a coma in a hospital.

He regained consciousness in late March and was transferred to Kahrizak, “without any notice,” to the family where he was “killed under torture from baton blows on September 19, 2020.”

The source said that Nader Mokhtari was brutally tortured in prison. His head was swollen, and all his teeth were broken. His arm was also broken, and because it was not put into a cast, had healed crooked.

While Nader Mokhtari was in prison, he sometimes called his family and did not know where he was being held.

He was paralyzed after being struck by batons. He stuttered and could no longer preserve his balance while walking.

The source explained that Mokhtari’s family received phone calls on September 19 from the prison authorities asking them to collect their son’s dead body from the notorious Kahrizak detention center, so the family thought he was being held in Kahrizak.

At least 1,500 protesters were killed and thousands more were injured during the deadly crackdown on nationwide protests over petrol price rises in Iran in November 2019.

Security forces and plainclothes officials even arrested injured protesters at hospitals while seeking medical care for gunshot wounds. The state forces went to hospitals and removed bandages to check whether they were covering bullet wounds and arrested anyone who had them.

An eyewitness from Tehran’s Labafi Nejat Hospital said in November 2019: “On the nights of 16-17 November, too many people were brought to the hospital who had been shot in the eye. They were mostly from Karaj. Security guards took away many of them at night or the next day before they receive medical treatment.”