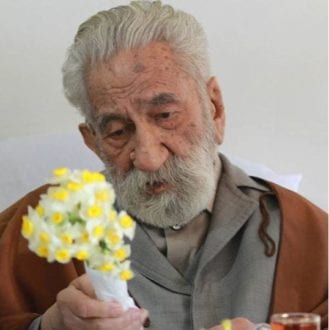 There has been a recent outcry for justice emanating from the members of the largest Sufi order in Iran (The Gonabadi Sufi order) with regards to the unsolved and unexpected death of their spiritual leader Dr Noor Ali Tabandeh. On 24th of December 2019, Dr Noor Ali Tabandeh passed away in Mehr Hospital Tehran following almost 2 years in house arrest. Dr Noor Ali Tabandeh was a lawyer and judge by profession and a strong defender of human rights, he was held imprisoned by the Iranian regime because of his active work for human rights and democratic values (https://english.shabtabnews.com/2019/12/24/induced-death-of-the-leader-of-the-largest-sufi-order-in-iran/).

These recent demands and questions were triggered by an Instagram post published by one of the members of the Sufi order requesting an explanation for his unexpected death and demanding that these questions be taken seriously and not buried with the fear of retaliation. Up until now there has been no one to speak up to demand accountability and answers from those that were responsible for Dr Tabandeh’s health and care. The Sufi order have been left without any explanation as to why their spiritual leader of so many years, who himself announced, before going into house arrest, that he was in excellent health, suddenly died.

During the last 2 years of his life, while under house arrest, his health deteriorated severely and with such haste that a majority are convinced that he was murdered by those closest to him. In fact, Dr Tabandeh expressed with his own words during a recorded interview that “they were after his life” and that he was being poisoned in order for him to refrain from public speeches. Many observed and were concerned by his somnolent appearance, his struggle to speak, his uncomfortable posture and his severe weight loss. Rumors have been circulating that he was killed in the hospital where he was staying during the last days of his life. Some say the electricity in the hospital was cut leading to his demise. Supporters and followers all around the world are puzzled by the fact that his funeral and the whole process of moving his body to his hometown was so well planned and timed into detail, something that could only have been orchestrated by the Iranian regime, in fact there was transportation by flight waiting on hold by the hospital where he was treated.

Moreover, people are unable to understand how someone passes away without any sign of medical records stating the cause of death. Neither has anything been explained as to why his health suddenly deteriorated. No patient records, no announcement from the medical profession, nothing was explained. A general explanation was given that his health had deteriorated because of old age but that does not explain how he went from being perfectly healthy at the beginning of the house arrest to a period of 2 years of suffering and a sudden death.

More social media posts have emerged since then and among those are medical professionals residing in Europe who also have expressed their outrage regarding the unexplained and suspicious actions in association with Dr Tabandeh’s death, but also criticizing the deafening silence from the medical profession who were responsible for him. Medical doctors in Europe had tried to arrange for Dr Tabandeh to receive health care from abroad if the medical team in Iran was unable to treat him, but there were no responses, no way to get through to him or those that were responsible for his care.

These social media posts have sparked an international social media campaign under #TruthAboutTabandeh #justicefordrtabandeh demanding answers behind the death of Dr Noor Ali Tabandeh. The campaign started by engaging mostly Sufi followers and Iranians, but in a few days it has extended into a widespread international campaign with people all over the world demanding to know what happened to Dr Noor Ali Tabandeh, a lawyer, academic and renowned advocate for human rights, during his house arrest and the last days of his life.

A recent televised news program Kalameh TV highlighted these suspicious circumstances regarding Dr Tabandeh’s death while pointing out the numerous similar cases  in Iran, with influential academics and scholars kept imprisoned solely due to their democratic and human rights views (https://english.shabtabnews.com/2020/09/05/leading-iranian-rights-advocate-sotoudeh-marks-25th-day-of-hunger-strike-in-prison/), as well as similar cases where dissident intellectuals and civil rights activists have been murdered (https://english.shabtabnews.com/2018/12/04/iran-committing-crimes-against-humanity-by-concealing-fate-of-thousands-of-slaughtered-political-dissidents/) not seldom, as we have seen in many other authoritarian regimes, by poisoning (https://www.bbc.com/news/world-europe-54002880)