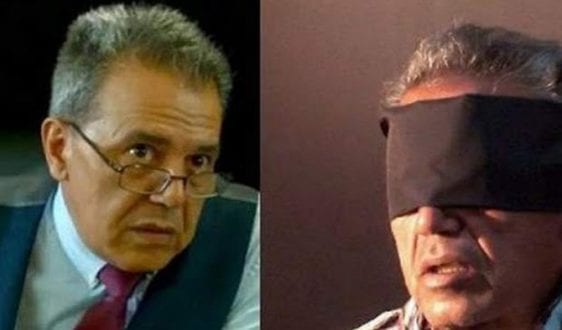 Radiofarda – Almost a week after the Iran’s Ministry of Intelligence announced its agents abducted a dissident and took him back to Iran, the family of the detainee still has no news about him.

In an exclusive interview with Radio Farda Mr. Jamsjid Sharmahd’s daughter says her father has Parkinson’s disease and needs medical help. She also said the family wants to pursue the case to see if any other governments had a role in her father’s abduction.

On July 31, the Islamic Republic’s Ministry of Intelligence announced in an official statement that it had arrested Mr. Sharmahd “following a complex operation.”

The head of the fearsome Islamic Revolution Guards Corps’ (IRGC) Intelligence Organization, Hossein Ta’ib,, called Mr. Sharmahd’s detention, “a sign of the authority and strength of the Iranian intelligence community.”

Despite this IRGC comment, Iran’s Ministry of Intelligence claimed full credit for the abduction, announcing that the man responsible for the Tondar group was under its custody in Iran.

Sixty-five-year-old Jamshid Sharmahd is accused of being the leader of an exiled dissident group, Tondar (Persian for Thunder), that aims to overthrow the clergy-dominated regime and replace it with monarchy. The goverment has accused the monarchist group of planting a bomb in Shiraz, south Iran in 2008 killing fourteen people and wounded 215.

Sharmahd’s family says he was in charge of the Tondar group’s media activities had nothing to do with the explosion.

Speaking to Radio Farda, Sharmahd’s daughter, Ghazaleh, says that his father was merely serving as a journalist, and has never ordered any killing. She also referred to some reports, saying that “other countries” have cooperated with the Islamic Republic intelligence services to abduct her father.SEE ALSO:Iran’s Intelligence Ministry Claims Arresting Leader Of US-Based ‘Terrorist’ Group

“If true,” Ghazaleh Sharmahd says, “the countries involved in kidnapping my father will be held responsible.”

According to Ms. Sharmahd, the German embassy in Tehran has been trying to meet her father but has failed.

In Tehran, the German embassy has even failed to provide my father with his much-needed medicine, Ghazaleh laments, adding, “Without his medicine, my father will not be able to talk, move, or sometimes even to breathe.”

Meanwhile, according to Ms. Sharmahd, the German embassy has offered a list of its trusted attorneys to defend the pro-monarchy group’s abducted media leader.

Moreover, Ghazaleh Sharmahd reveals for the first time that there was an attempt in 2009 against her father’s life.

“Since then, my father has always been careful not to go into the details of his activities. He was careful not to involve others in his struggle for liberating Iran,” Ghazaleh told Radio Farda, adding, “We only knew that my father, like many others, was struggling to liberate Iran and Iranians.”

Due to the coronavirus outbreak, Sharmahd was forced to travel to Dubai to find a connection flight to India.

“While in Dubai, he told us that we could follow him through Google tracker. We had no direct connection with him. But Google tracker showed that he, or only his cellphone, was taken to Oman. We received a message from him, or somebody else from Oman. Then, we lost his tracks,” Ghazaleh Sharmehd says.

Sharmahd is not the only dissident claimed to be abducted and taken back to Iran. As recently as last October, the Islamic Revolution Guards Corps’ intelligence organization claimed that its agents had lured a Paris-based dissident, Ruhollah Zam, to travel to Iraq and arrested him there.

Zam has appealed against the ruling.