Radiofarda – Iranian journalists have protested to the decision taken by a committee of Iran’s Coronavirus Combat Taskforce which on Monday banned all print media. The ban will be in place as long as coronavirus-related restrictions are in effect.

Continuation of publication of newspapers and other print media requires journalists, print workers and distribution agents to continue their activities which could potentially spread the disease, the committee said and suggested that the print media focus on online publication and social media in the absence of their printed versions.

A number of Iranian journalists, however, have criticized the decision which they say will affect the livelihood of journalists, may inflict serious financial damages on print media companies and cause an information void.

Abbas Abdi, a prominent reformist politician and the chairman of the Journalists Union of Tehran Province, has said that the decision of the committee should be respected in view of the current critical situation until the end of the Iranian New Year holidays (April 4). However, he added that a ban for more than a few days would be “intolerable” and the decision has to be revised.

Mehdi Rahmanian who is the managing director of Sharq (Shargh), one of the top-selling Iranian newspapers, has protested the decision. Rahmanian says the government should find ways for safe distribution of newspapers rather than banning them altogether to stop the spread of the virus.

The managing director of the reformist Sharq has also pointed out that newspapers have continued to publish in other countries that have been affected by the coronavirus pandemic. Even in Italy where the death toll is high and quarantine rules are strictly enforced newspapers have continued to publish, he has pointed out. Rahmanian has also warned that the ban could inflict serious financial damages on newspapers and cause loss of jobs and livelihood to journalists.

Alireza Bakhtiari, the managing director of Donya-ye Eghtesad, another best-selling newspaper, has also criticized the decision to stop the publication of the print media. Bakhtiari says national newspapers should be allowed to publish with all safety measures taken into consideration because they are the source of much of the material that is shared online. “The ban could cause a vacuum in information circulation in the country,” he says. 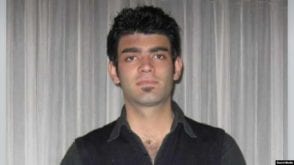