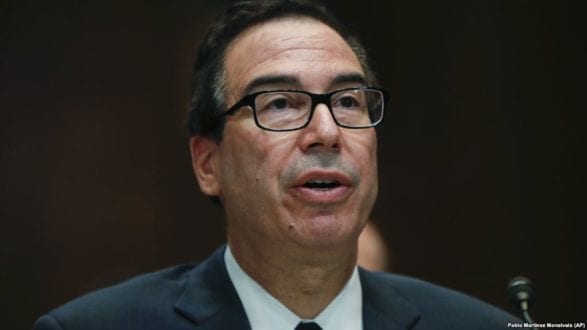 European Union Foreign Policy Chief Josep Borrell on Tuesday announced that Germany, France and the UK have launched action under the Iran nuclear agreement to pave the way for possible sanctions in response to Tehran’s fifth and final step in reducing its commitments.

Iran has set aside limits to its uranium enrichment activities under the 2015 nuclear agreement and is said to be months away from possessing sufficient fissile material for a nuclear bomb.

“I’ve had very direct discussions – as well as Secretary Pompeo has – with our counterparts,” Mnuchin told CNBC. “I think you saw the E3 did put out the statement and have activated the dispute resolution. And we look forward to working with them quickly and would expect that the U.N. sanctions will snap back into place.”

It is not clear what Russia and China will attempt to do if the issue of reimposing sanctions reached the UN Security Council. Both countries are also signatories of the 2015 accord and have friendly ties with Iran.