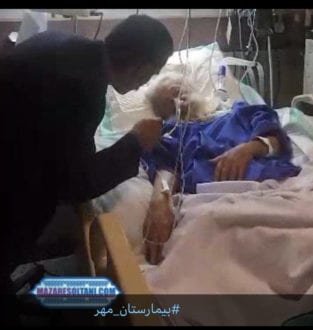 Shabtabnews – Ambassador Sam Brownback , the US Ambassador at Large for International Religious Freedom , yesterday expressed his grave concerns in regards to the health and condition of the Gonabadi Sufi’s spiritual leader, Dr Noor Ali Tabandeh and hundreds of Sufi prisoners held in Iranian jails purely because of their faith.

Dr Noor Ali Tabandeh, has been under effective house arrest since February 2018, with little no contact with his students and with no proper access to medical care. All of which has lead to the deterioration of his health in recent weeks. Over last two months he has been rushed to hospital at least on three occasions.

He has spent the last two weeks under observation at hospital in Tehran, and due to severity of his conditions he is currently being kept within the hospital’s ICU ward.

Last Wednesday the Iranian regime’s publicity apparatus widely spread the rumour Dr Tabandeh’s death, only to be denied by his followers few hours later after rushing to hospital in order to put down the rumours.