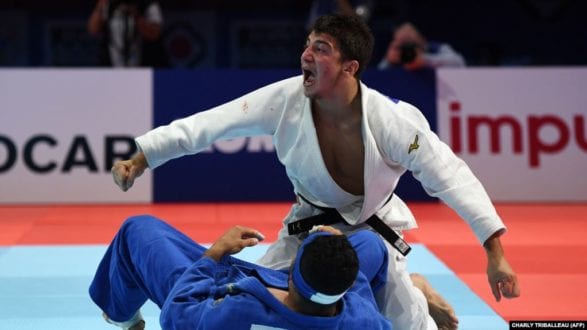 radiofarda – The hero of Iranian judo whose recent loss to a Georgian in world competitions was dubbed as the biggest surprise in judo in 2019 has requested asylum in Germany.

Saeid Mollaei lost a match in obvious indifference not to face an Israeli judoka in world competitions in Tokyo in August, based on a rule in the Islamic Republic banning competition between Iranian and Israeli athletes.

The International Judo Federation has confirmed the news about his asylum request and voiced support for Mollaei.

This week, world Bronze medalist in Judo, Mohammad Mohammadi Barimanlou decided to retire sincehe had to face an Israeli judoka in the current international judo championship.