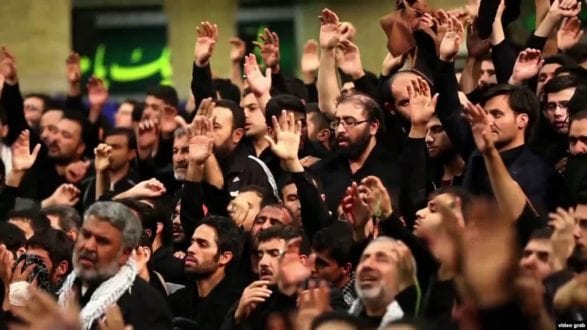 Iran Arrests Religious Eulogists On Charges of ‘Spying For Israel’

Eulogists (preachers or maddahs in Persian) sing in religious gathering and ceremonies in Iran. The regime has been using eulogists, usually hardliners with strict faith in the government-approved brand of Shiism to suppress dissent and discredit the Islamic Republic’s critics. In recent years their songs are mainly in praise of Khamenei rather than Islamic saints.

Yousef Arjouni who broke the news as the Chairman of the Iranian Eulogists Basij Organization refused to give away any further details.

Three well-known eulogists were also arrested on charges of spying for Israel in 2017, but reports on Iranian social media disclosed that they were linked to a woman who worked for the French Embassy in Tehran.

A spokesman for the Iranian Judiciary has confirmed the arrest of two eulogists but refused to give any further details.

The month of Moharram which begins shortly, is the peak time for eulogists’ activities as it coincides with Ashura, the day the Shiites’ third Imam, Hussain, was “martyred” in Karbala, Iraq, in the year 680 AD. Shiites mourn his “martyrdom” on the 10th day of Moharram. The Karbala story is the most powerful ideological tool used by Shiite clerics and the Islamic Republic to motivate its followers and justify some of its policies.