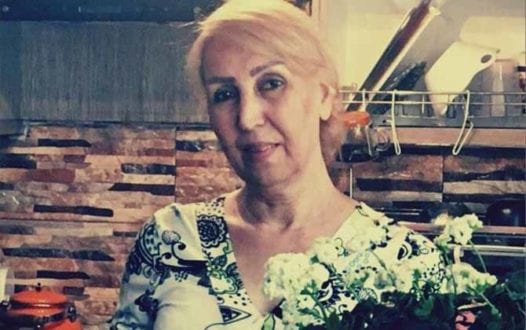 iran-hrm – Labor activist Nasrin Javadi, a member of the Iran Workers’ Free Union who was detained during a Labor Day demonstration was sentenced to seven years of prison and 74 lashes. She was also banned from using a smartphone and similar devices.

Her trial was held at the Revolutionary Court in Tehran on August 6, 2019.

Police and plainclothes security agents arrested Nasrin Javadi and several other protesters at the Labor Day rally in the capital by violently repressing the gathering soon after it began at the Baharestan metro station near the regime’s Parliament.

The labor activist was among the women who were transferred to Qarchak Prison in Varamin after being arrested. She was released on bail after a month and was summoned to the 26th Branch of Tehran’s Court on Tuesday, August 6, 2019.

There are increasing reports of flogging sentences used as a way of suppressing protests against the regime.

Earlier, Mohammad Taghi Falahi, the head of the Tehran Teachers’ Association was sentenced to eight months of prison and 10 lashes for his union activities. The sentence has been suspended for three years.

On August 13, seven workers of the Haft Tappeh Sugarcane Factory in the southwestern city of Shush were sentenced to eight months of suspended prison and 30 lashes each.

One of the charges brought against the 10 workers is “disrupting public order by leading and being present in illegal gatherings and preventing the company’s activities.”

In late July, a detained Kurd singer and political activist was lashed 100 times in prison. The 110th Branch of the Urmia Public Court sentenced Peyman Mirzazadeh to two years of prison and 80 lashes for “blasphemy” and another 20 lashes for “drinking alcohol.”

Before that a teacher activist was sentenced to 74 lashes and prison for holding a sit-in outside a government building in protest to the widespread arrest of teacher activists.

According to the sentence issued by the 103rd branch of the Shahreza Penal Court, Hamidreza Rahmati, who is member of the Isfahan Teachers’ Association, was sentenced to 18 months of prison and 74 public lashes on charges of “disrupting public order by carrying out an abnormal act outside the Education Department building.”