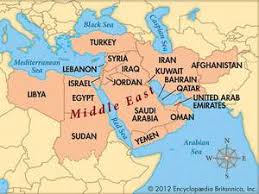 Al-Arabia – Oman is trying “with other parties” to ease tensions between the United States and Iran, the Omani Foreign Ministry tweeted on Friday.

“There is a danger that a war breaks out, hurting the whole world … Both parties, the American and the Iranian, are aware of the danger,” the tweet cited the Omani minister as saying in an interview with an Arabic publication.

Oman maintains friendly ties with both the United States and Iran and has previously been an important go-between for the two countries, which severed diplomatic relations in 1980.

Washington and Tehran are in a protracted stand-off over Iran’s nuclear and missile programs.

Tensions have been building in the last few weeks. Washington has sent more military forces to the Middle East against what US officials say are Iranian threats to its troops and interests in the region since the United States reinstated a range of economic sanctions against Iran.

President Hassan Rouhani said on Thursday that Iran will not surrender to US pressure and will not abandon its goals, even if it is bombed.

Another country trying to avert a confrontation in the region is Iraq.