Al-Arabia – Hundreds of students demonstrated for the second consecutive day at Tehran’s private Azad University of Science and Research on Sunday.

The protesters demanded the dismissal of campus officials, particularly Azad University president Ali Akbar Velayati, who is also a senior advisor to the Supreme Leader Ali Khamenei on international affairs. 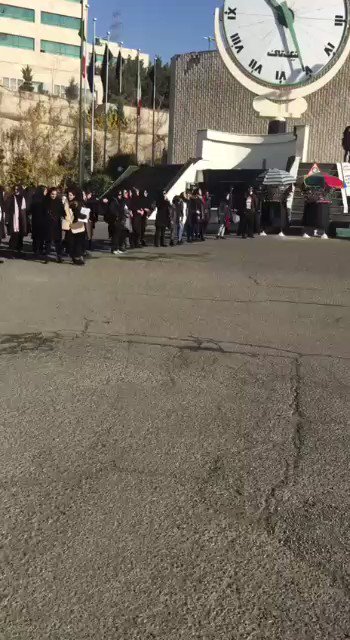 One of the student protest leaders called for an independent vote into the dismissal of the university officials.

Another demand was for an official public apology following the death of students in a bus crash last week.

Family members of the victims are believed to have been at the protest and condemned the university’s transport system.

While a few Iranian media outlets reported the dismissal of some university officials, many students found this hard to believe – labeling it a hoax to appease protesters.