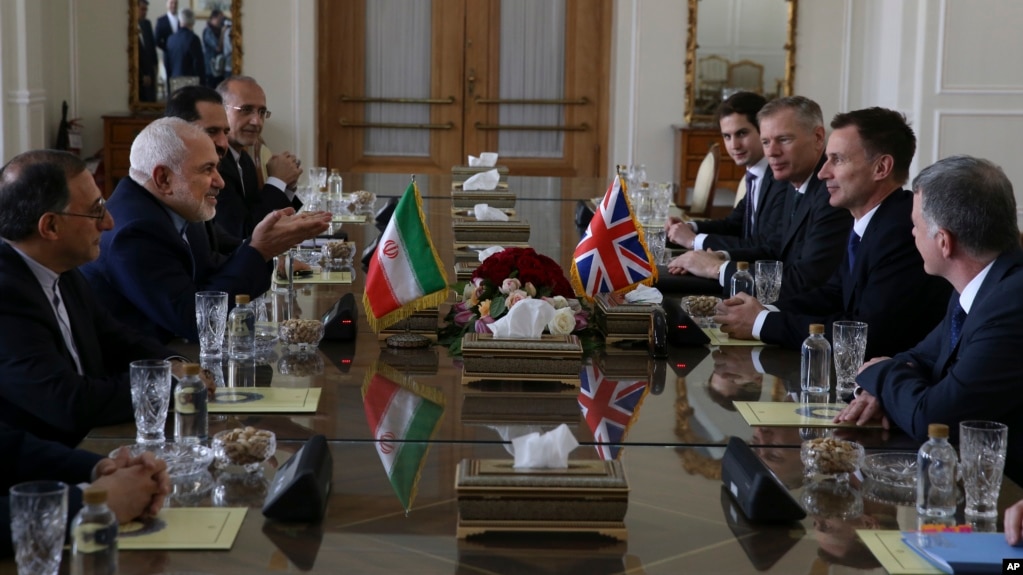 Britain’s top diplomat arrived in Iran on Monday, less than two weeks after the United States re-imposed sanctions on the country’s oil and banking sectors.

There was no immediate comment from the Britain Foreign Ministry on the talks.

President Donald Trump has restored punishing sanctions on Iran since withdrawing the U.S. from the 2015 nuclear accord earlier this year. Iran continues to abide by the agreement, and Britain and other European nations have been trying to salvage the deal.

Hunt was also expected to raise the case of British-Iranian charity worker, Nazanin Zaghari-Ratcliffe, who was arrested during a holiday with her toddler daughter in April 2016 and accused by Iran of plotting against the government. Her family denies this, saying she was in Iran to visit family. Her daughter was later released.

Since Zaghari-Ratcliffe’s arrest, British officials have routinely sought her release in talks with Iranian leaders.