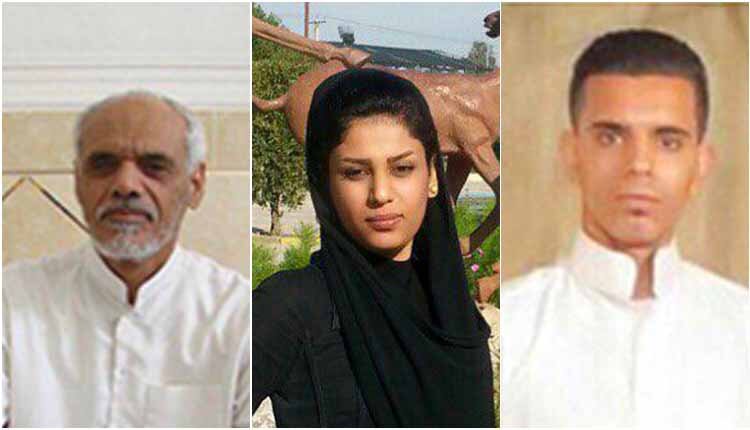 The intelligence agents also arrested Hottab Zaheri Sari, 57 along with his son and daughter, Amin, 22, and Ameneh, 23. The agents confiscated all Sari family mobile phones.

Human rights activists are reporting that intelligence agents arrested at least 100 Ahwazi Arab during Monday and Tuesday raids, bringing the number of those arrested to 700.

The Iranian authorities have waged a sweeping crackdown against the Ahwazi Arab ethnic minority, arresting hundreds of people in Khuzestan province, southern Iran, in recent weeks, according to Amnesty International.

The wave of detentions follows a deadly armed attack on a military parade in the city of Ahwaz in September, during which at least 24 people, including spectators, were killed and more than 60 injured.

“The scale of arrests in recent weeks is deeply alarming. The timing suggests that the Iranian authorities are using the attack in Ahwaz as an excuse to lash out against members of the Ahwazi Arab ethnic minority, including civil society and political activists, in order to crush dissent in Khuzestan province,” said Philip Luther, Amnesty International’s Research and Advocacy Director for the Middle East and North Africa.

Among those detained is Sahba (Lamya) Hammadi, a civil society activist who is pregnant. She was arrested on 6 October at her home in the city of Susangerd (known to Ahwazi Arabs as Khafajiyeh) in Khuzestan province.

She has contacted her family only once since the time of her arrest when she did not even know where she had been jailed. The family of Lamya Hammadi is extremely concerned about her situation.

They both telephoned relatives a week after their arrests and told them they were being held by the Ministry of Intelligence. Their relatives have not heard from them since.