VOA – Authorities in Iran’s capital have arrested a journalist who wrote about government corruption, in the latest of a series of Iranian journalist detentions that have drawn international concern. 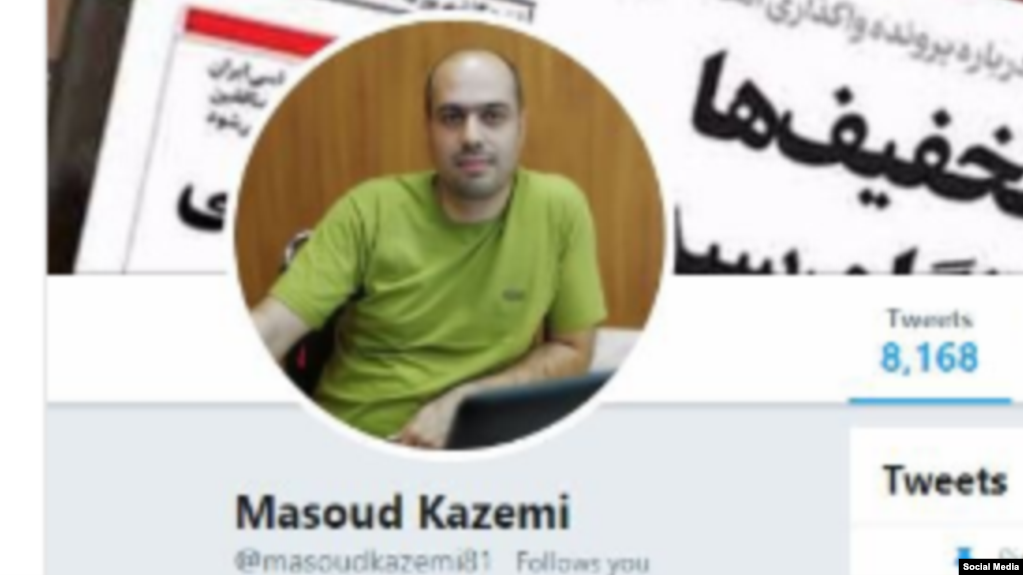 The first word of journalist Masoud Kazemi’s arrest came from his fianceé, Shima Tadrisi, in a Monday tweet. She said neighbors told her that several people entered the couple’s Tehran home that morning and took Kazemi away.

“We do not know which entity arrested him or the reason for the arrest,” Tadrisi said, adding that those who took her fiancé also confiscated laptop computers, hard disks and flash drives from the home.

Kazemi is a former reporter for Iran’s reformist Shargh daily newspaper. An Iranian journalist who identified himself as a friend and former colleague of Kazemi, Sobhan Hassanvand, also posted a tweet saying Kazemi had been arrested Monday. 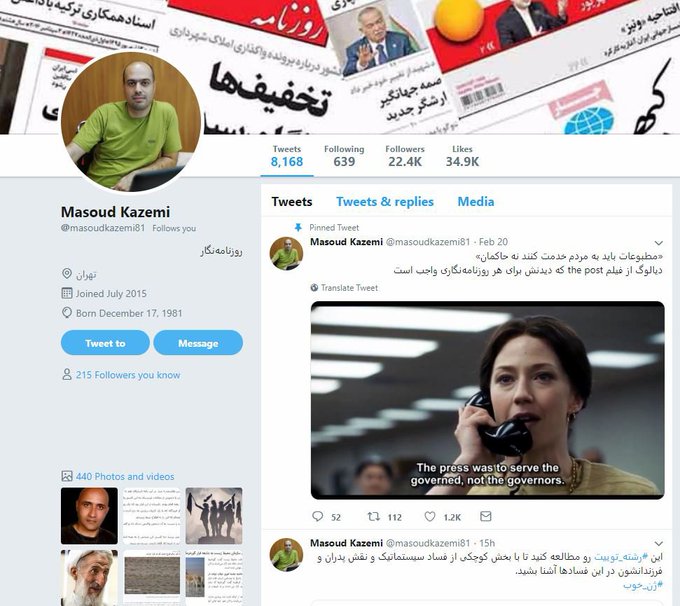 My friend & colleague Masoud Kazemi @masoudkazemi81 has been arrested in his house this morning in Tehran, no news about his whereabouts, charges

Hassanvand, who is based in Tehran, attached to his tweet a screenshot of Kazemi’s Twitter profile, @masoudkazemi81, which has been suspended. The screenshot shows what appears to be one of Kazemi’s last tweets before being arrested. In that post, beneath a pinned tweet at the top of his profile, Kazemi urged his followers to “take a look at this thread to become familiar with a small part of systematic corruption, and the role of fathers and their children in these corruption cases.”

There was no immediate comment on Kazemi’s arrest in Iranian state media.

Government corruption has been one of several public grievances driving Iranians to stage frequent nationwide protests against Iran’s Islamist rulers since last December.

In an article posted Tuesday, RSF said Iranian authorities had detained several other Iranian journalists since September, including Saba Azarpeyk, a former reporter with the pro-reformist daily Etemad, and Iranian Kurdish freelance journalist Ejlal Qawami. It said Azarpeyk had published an article accusing newly appointed Labor Minister Mohammad Shariatmadari of corruption, while Qawami had posted articles about the situation of prisoners of conscience in Iran’s Kurdistan province.

“We urge the regime to stop suppressing the freedom to inform,” he said. “Obstructing press freedom and arresting journalists do not help to combat corruption.”