Iran-HRM – Unemployment has become so common in Iran that state-run media are broadcasting shocking reports. 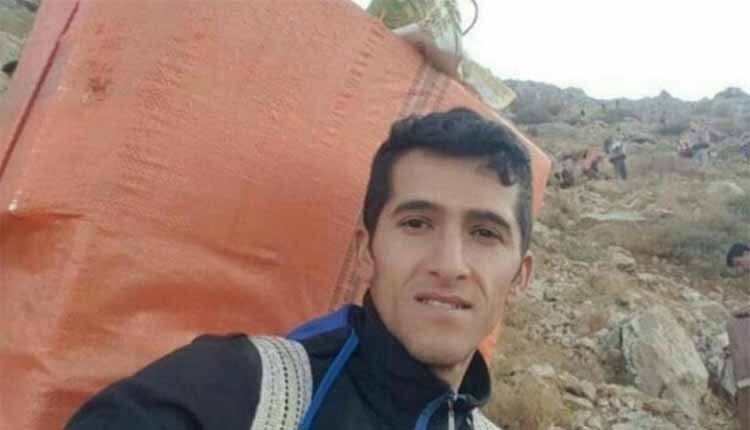 The state-run IlNA news agency has recently published photos of a young athlete who earned many medals yet has no choice but to work as a porter and carry heavy loads to make ends meet.

Taha Ghaffari, from Marivan city of Kordestan province, west of Iran has won two world championship medals in running and several others Olympic games in Asia and national games in Iran.

Ghaffari said, “The conditions are terrible, and I do this to make a living. I carry goods like clothing five hours a day and get 160000 tomans for it (about 12 dollars) for it. Being a porter is very difficult and people die doing it. Sometimes you are at 2500-meter height while carrying goods. It’s unimaginable how difficult it is.”

The increasing downturn in Iran’s economy has led to an ever-growing economic and social crisis manifested in unprecedented rates of unemployment, poverty, and inequality.

State-run ILNA news agency published a report on October 23 quoting a member of Iran’s expediency council saying that “nearly 70 percent of the factories, workshops, and mines in the country are bankrupt or have closed down.”

Recent studies conducted by the Research Center of the regime’s Parliament says that the current unemployment figures in Iran are alarming.

The results of the study were published on the parliament’s website and indicate that the soaring unemployment over the past four years “may give rise to a crisis.”

According to the study, more than 3 million job seekers have been added to those already unemployed during the years 2014 to 2017. The study points out that this figure is the largest of its kind in comparison with the unemployment figures released during the 10 years before that period.

The study noted that Iran unemployment was one of the underlying causes of the protests that swept across Iran this past winter.

“Considering the Iran unemployment rate among the young, women, and university graduates in different provinces and remembering the protests in winter 2017-2018 is a warning that reveals the necessity of change in Iran’s economic path more than ever before,” Iranian parliament’s research center said.

The study covers the three and a half years prior to 2018; however, there is no indication that the situation has improved since.

The center calls the increase of unemployment rates to over 15 percent very alarming and warns again that, “the unemployment rate of 15-to-29-year-old women in Kurdistan, Kerman, Ardebil, and Kermanshah provinces is more than 84, 79, 78, and 76 percent, respectively.”

The study said, “The rise in the unemployment of youth, women, and educated individuals calls for a change in the course of Iran’s economy more than ever before.”

The unemployment rate of women has risen 25% in seven years according to the latest statistics released by the Iranian Labor Ministry.

The figures have been just recently announced by the Centre of Strategic Statistics and Information of the Labor Ministry, indicating an increase of 200,000 unemployed women in the said period, which is 25% in seven years.