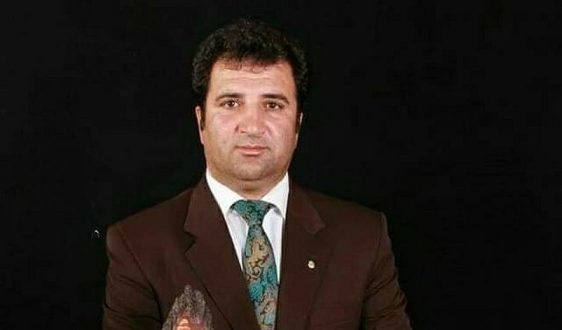 Iran-HRM – Human rights lawyer Mohammad Najafi began his three years prison sentences in Central Prison of Arak.
Mohammad Najafi has been sentenced to three years in prison and 74 lashes for “disturbing the state” and “publishing falsehoods” after he advocated for a young client, 22-year-old Vahid Heydari who died under suspicious circumstances in an Iranian detention center.

“The rulings against me, Ali Bagheri and Abbas Safari were upheld without any changes: One year and 74 lashes for ‘disturbing the state,’ and two years for ‘publishing falsehoods,’” Najafi wrote in a Facebook post on October 18, 2018.
“The sentences against the other defendants, including six of my clients, were suspended for five years,” he added.

In January 2018, attorney Mohammad Najafi told media outlets that the authorities were trying to cover up the cause of the suspicious death of Heydari, who died in detention at the 12th Police Station in Arak sometime between the end of December 2017 and the beginning of January 2018 by claiming he had committed suicide. Iranian authorities have claimed at least two other detainees “committed suicide” in custody in 2018: Iranian-Canadian environmentalist Kavous Seyed-Emami and Sina Ghanbari.