Iran-HRM – Daughter of recently arrested teacher, Abbas Vahedian, has written an open letter about her father’s unlawful arrest, protesting the authorities failing to provide any response to her inquiries on her father’s case. 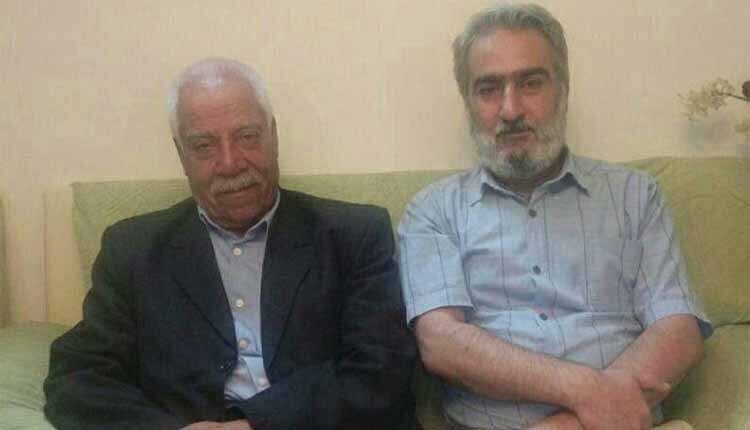 In part of her letter, Hengameh Vahedian has wrote, “During the 18 days since my father’s inhuman and unlawful detention, I fought myself to the extent I could to suppress my anger and anguish; I struggled with concern to find any information on my father’s physical and mental condition. I tried every possible way but found not a single news to relieve my family.

“I went to the information center. I went to the Revolutionary Court, without finding a single proper answer to my questions and concerns! However, I heard only one answer when they said no order had been registered to have my father arrested, and it was not clear which agency had taken action! How is it possible in a country to arrest a person and have a legal warrant to enter his home, without a court and an agency issuing and carrying out the order?

On October 11, Abbas Vahedian, a teacher and ITTA member, was arrested at his home in Mashhad on the eve of the sit-in strike by security agents who raided his house, confiscated his personal belongings and took him to an unknown location.

The strike, called by Iran’s Coordinating Council of Teachers’ Syndicates, involved teachers staging sit-ins at schools around the country to protest poor living conditions, problems with their jobs and heavy security measures imposed in their schools.

Another prominent teachers’ rights activist detained in Iran’s crackdown on teachers unions, is Hashem Khastar. He mysteriously disappeared on October 23 in the city of Mashhad in northeast Iran.
the Revolutionary Guards (IRGC) intelligence confined him in a psychiatric hospital.
He has been hospitalized in an emergency room and is banned from any family visits, based on orders issued by security officials, according to Sedighe Maleki-fard, Khastar’s wife.

“He was completely healthy and after retiring spent many of his days farming. The only medication he consumed were blood pressure pills. Khastar being hospitalized in an emergency section of a special facility for psychiatric patients means [authorities] injected a special type of medication with the intention of killing him, or he had been severely injured under torture or during his arrest,” Mrs. Maleki said.

Mrs. Maleki-fard issued a call to her compatriots asking them to raise the issue of her husband’s arrest with the Iranian regime’s judiciary and demand his release.