Radiofarda – The average house price in Tehran has had a 74 percent jump during just one year since September 2017, the Central Bank of Iran announced.

Just over the past Iranian month (August 21-September 21) the rise in residential unit prices was 9.4 percent.

According to the CBI, the value of one square meter of an average unit in Tehran is currently around 84,000,000 rials. That is almost $2,000 per sq. meter ($190/sq. foot) by the official exchange rate or $500 ($48/sq. foot) based on the free market rate, which is more relevant in this case since sellers cannot get cheap dollars based on the government rate.

The price increase has coincided with a huge drop in sales. Only 10,300 units were sold in Tehran during the past year. Within the past month house sales dropped by almost 14 percent.

This is a very odd situation, when sales have declined by 33 percent but prices have gone up even more.

Housing has always accounted for up to two thirds of an average Iranian’s monthly income, and like many other countries, in Iran too, a house is a family’s most valuable asset.

Real estate prices in Iran have been constantly on the rise at least during the past 60 years, but the rise has been dramatic during the past nine months. The main reason for the odd price rise in the housing market is the huge six-fold drop in the value of the Iranian currency rial vs major currencies such as the dollar or the euro.

Many Iranians now think of the price of a house, and effectively everything else, in terms of U.S. dollars rather than the national currency, the rial, which has been quickly losing its value since February. For investors, it is the value in U.S. dollars that is the yardstick of their success, and for many of them, real estate is still one of the safest areas for investment. 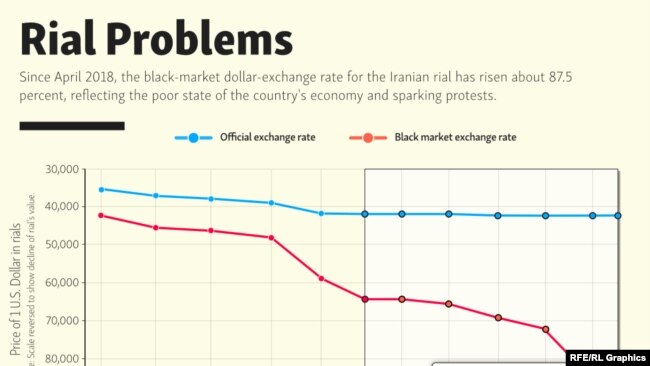 Every U.S. dollar was traded for around 30,000 rials in February. In late September the rate of exchange rose to higher than 180,000 rial per dollar.

Most housing material, specially those used inside a building, such as water taps, decorative parts, tiles, bathroom equipment, air conditioning systems, etc. are imported from abroad with dollars. Those who produce other construction material such as bricks and cement in Iran, have been hit by rising prices affecting their life and business.

The price of both imported and domestically produced construction material had an unprecedented rise in the spring of 2018, Iranian media reported.

With the rising prices, buyers find it difficult to buy a residential unit, and sellers think again about selling their property anticipating even higher prices. Numerous reports in the media narrate the story of those who have saved their money for many years to buy a residence, only to find out this year that they no longer can afford one.

As a result, there are indications in the markets that some prospective buyers have chosen to buy or rent properties outside Tehran or at its cheaper outskirts. Some reports say some low-paid government employees have moved their families to other cities and rented a room in Tehran for themselves. They work in Tehran all week and can see their families only during weekends.

Currently the value of one square meter of a residential unit in the well-to-do northern parts of Tehran is over 176,000,000 rial ($92/sq. foot), while the cheapest houses in Tehran’s underprivileged southern parts are valued at around 34,000,000 rial.

These numbers show that although prices have gone up in local currency, real estate has not really appreciated in U.S. dollars.

The natural reaction of property owners to the worthlessness of the rial has also impacted rents, since they are thinking to protect their real income calculated in dollars.

Nearly one in every five of 80 million Iranians live and work in the capital Tehran where the cost of housing is high even when accommodations are not scarce.