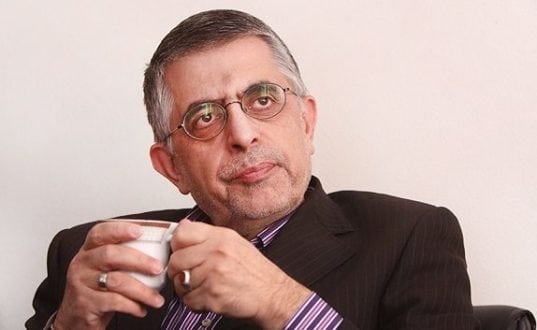 iranhumanrights – Former Mayor of Tehran Gholamhossein Karbaschi has been sentenced to one year in prison for publicly criticizing Iran’s involvement in the Syrian civil war, an Appeals Court ruled on August 13, 2018.

“The judiciary took action when there was widespread criticism of Gholamhossein Karbaschi, the secretary general of the Executives of Construction Party, for making disparaging remarks at an event in Isfahan about the martyrs [Iranian soldiers] who defended the holy shrine [in Damascus],” the judiciary’s official news agency Mizan reported on August 15.

At an April 2017 rally in support of President Hassan Rouhani’s election campaign, Karbaschi had questioned Iran’s actions in Syria during a speech in Isfahan.

“Should we be proud of this religious fervor in the name of defending things like, I don’t know, the holy shrines…? Listen! We also want to see peace in Syria, Lebanon and Yemen. We want to defend the oppressed and strengthen the Shia populations there. But can we achieve that just by giving money and weapons and killing and pounding?” he said.

Following the speech, the chief prosecutor in Isfahan, Ahmad Khosravani-Vafa, sued Karbaschi, claiming he was “insulting the martyred defenders of holy shrines.”

The head of the state-funded Iran’s Martyrs Foundation announced in May 2018 that 2,100 Iranians who had been sent to Syria to defend Shia shrines in the country had died in the civil war there.

Some groups claim the number is much higher.

“These absolute lies are basically political games before the elections,” said Karbaschi in an interview with the Center for Human Rights in Iran (CHRI) in May 2018. “In Iran, no one dares to affront martyrs and fighters.”

“This is basically media hype,” he added. “They say I said something insulting, but that’s a complete lie.”

“Karbaschi’s speech in Isfahan undermines the core of the Islamic Republic of Iran’s foreign policy,” commented the hardline conservative newspaper, Kayhan, in an unsigned editorial on May 2, 2017.

“There was a time when even anti-revolutionaries bowed to the bravery of the defenders of the holy shrines,” added the editorial.

Karbaschi, 64, was the mayor of Tehran from1988 to 1998. During his last year he was charged with financial corruption and sentenced to three years in prison. He served two years before being pardoned by Supreme Leader Ali Khamenei in January 2000.

In 2009, Karbaschi became a senior political advisor to then-presidential-candidate Mehdi Karroubi, who has been under extrajudicial house arrest since 2011.