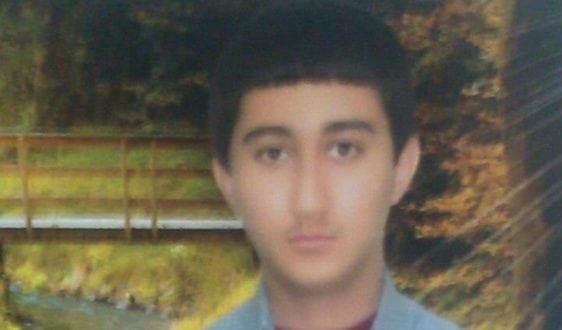 Iran Human Rights – One of the Iranian state-run media published a report about Abolfazl Chazani Sharahi, a juvenile offender who was arrested at the age of 15 and executed at Qom Central Prison, and confirmed his execution after 43 days.

Ghanoon newspaper published a report about Abolfazl Chazani Sharahi and confirmed his execution. IHR had previously reported the execution. Abolfazl, son of Asghar, was born on January 16, 1999, and was arrested and sentenced to death on the charge of murder on December 26, 2013.

Abolfazl was examined by a forensic physician at the request of his public defender on July 20, 2014. According to the report, “The defendant, 15 years and five months old, committed murder in the winter last year and he is mentally mature and understands the nature of his action (murder).”

According to the report, Abolfazl was nearly executed four times during the time he was in prison while he was only 15 the first time he went to the gallows. Mohammad, Abolfazl’s brother, said, “He didn’t know that after being transferred to the solitary confinement, he would be executed. He would fearlessly wear a smile like a child and say, “Everything’s going to be fine; I won’t be executed.”

Mohammad continued, “We see the victim’s father (the plaintiff) every day. He feels terrible because he pulled the stool away in order to do the execution. Pulling the stool away and hanging someone is not something you can easily forget… My brother was only 14.”

Iran is one of the few countries that execute juvenile offenders, although, based on Article 91 of the new Islamic Penal Code, approved in 2013, judges can potentially deny issuing a death sentence for juveniles who do not understand the nature of their crime.

The Convention on the Rights of the Child, which Iran has signed, clearly bans execution and life imprisonment of juveniles.