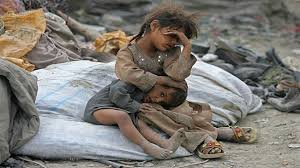 Homelessness On The Rise As Economic Pressures Draw Jobseekers To Cities

Radiofarda – The latest official statistics show that 19 million Iranian homeless live in slums on the outskirts of major cities.

The figure comes from a recent report released by the Ministry of Roads and Urban Development. Ministry head Abbas Akhoundi has cited the figure of 19 million urban homeless in the past, a number that represents nearly 24 percent of the country’s population.

The number of homeless people living on the margins of major urban areas has increased dramatically in the last few years. In 2016 the number was estimated at 12-13 million. At the time, the director of the State Welfare Organization of Iran, Anoushiravan Mohesni Bandpei, warned “The emergence of slums, in addition to unemployment, are major threats to Iran.”

Other officials have also warned about the expansion of these suburban shanty towns, where homeless live in tents, shipping containers, and other makeshift hovels, noting that the problem must be urgently addressed.

According to a report published last March by the Statistical Center of the Islamic Republic, “Ten thousand families live in tents or in makeshift huts, shacks, and hovels across Iran.”

The statistics on Iran’s homeless population presented by different government agencies vary significantly, but all agree the problem is getting worse.

The urban homeless problem had already become so pernicious three years ago that Supreme Leader Ayatollah Ali Khamenei ordered all three branches of government to “immediately” address it.

Tehran’s reformist MP and member of the parliament’s Social Commission, Alireza Mahjoub, has said the homelessness problem is a result of poor economic conditions forcing people to move to the outskirts of the urban areas in search of work. He says no organization has presented a serious plan to tackle the problem