Prisoner Might be Sentenced to Death Based on “Qassameh”

Iran Human Rights – Qassameh was performed for a woman who is allegedly convicted of murdering her husband. Hence, she might be sentenced to death again without enough evidence proving her guilt. 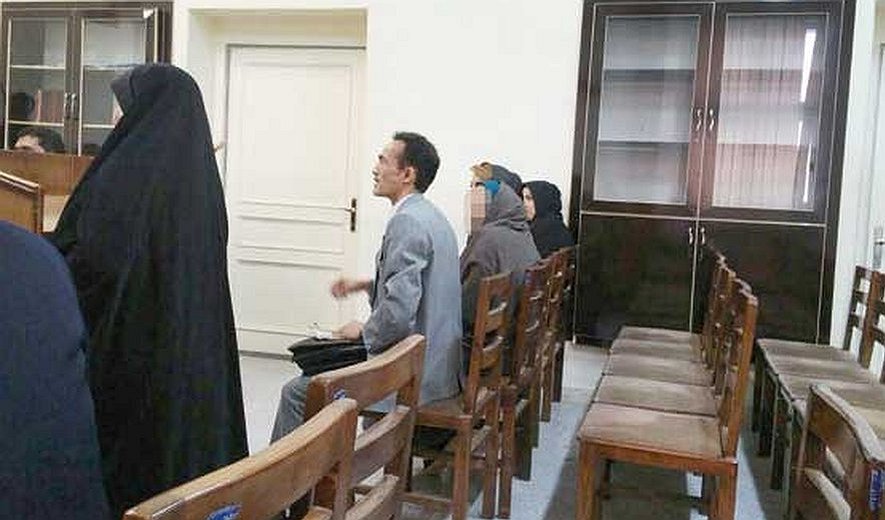 According to a report by the state-run news site, Rokna, on March 22, 2015, the body of a man was found in the defendant’s house and, consequently, she (Tahereh) was arrested.

Qassameh: “an Oath to Kill”

In her interrogations, the defendant said, “When my husband and I got into a fight he stabbed himself in the chest and killed himself.” However, the forensic report rejected the possibility of suicide and specified that the victim was stabbed to death by another person. Tahereh was sentenced to Qisas (retaliation in kind) but the Supreme Court rejected the verdict. Consequently, the judges decided that Qassameh should be used in this case.

As a result, the next of kin was required to bring 50 of their relatives to the court to swear an oath that the defendant was guilty.

After Qassameh was performed, the judges decided that she was guilty and Tahereh is supposed to defend herself for the last time in the next court session before the judges issue a verdict.

Qassameh is one of the weakest ways to prove a crime (murder or physical injuries) in the Islamic jurisprudence (fiqh) and criminal law. It is performed when the judge decides that there is not enough evidence of guilt to prove the crime but the judge still thinks that the defender is most probably guilty and it is based on swearing an oath by 50 people in murder and 25 people in unintended manslaughter.

“Proving someone’s guilt based on oath by a certain number of individuals who even probably haven’t been witnesses of the offence,” Mahmood Amiry-Moghaddam, IHR’s spokesperson says, “is in conflict with the principles of due process and the rule of law and must be removed from the Iranian legal system.”