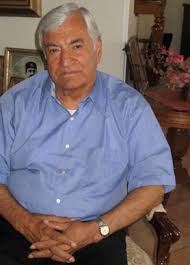 VOA- Iran has held a low-key funeral for a former deputy prime minister who became one of the country’s most prominent jailed dissidents.

Abbas Amir-Entezam was buried Friday at Tehran’s biggest cemetery, Behesht-e Zahra, on the southern outskirts of the capital. His widow, family members and several political activists were among a small group of mourners in attendance.

Iranian state news agency IRNA had reported that Amir-Entezam died Thursday at age 86. It also quoted his widow, Elaheh Amir-Entezem, as saying that her husband had suffered a cardiac arrest. He had been in poor health.

Amir-Entezam rose to prominence during Iran’s 1979 Islamic Revolution, serving in a provisional government first as a deputy prime minister and spokesman, and later as ambassador to Sweden. But he quickly ran afoul of Iran’s new clerical leaders by opposing their moves to turn the country into an Islamic republic. Iranian officials recalled Amir-Entezam from his post in Sweden and sentenced him to prison in 1981 on charges of spying for the United States, a charge he always denied.

Amir-Entezam served 17 years in prison for spying before being arrested again in 1998 for making critical statements about the former head of Iran’s Evin prison. Iranian authorities jailed him for a third time in the early 2000s for calling for a referendum on Iran’s Islamist political system.

VOA’s sister network Radio Farda reported that Amir-Entezam apparently was not in custody at the time of his death, but that it was not clear how long he had been out of prison and allowed to return home.

Iranian state news agency ISNA reported that Amir-Entezam’s funeral did not proceed entirely smoothly, with the transfer of his body to the cemetery being delayed for unexplained reasons. It said mourners spoke in commemoration of Amir-Entezam as they waited for the body to arrive.

In Iran, it is traditional for a funeral to include a street procession from the home of a deceased person to a cemetery, but authorities often have banned such processions for funerals of opposition figures.

Iranian journalist Ali Malihi, who was at the cemetery for Friday’s funeral, later posted a video clip to Twitter showing Amir-Entezam’s widow addressing the mourners. 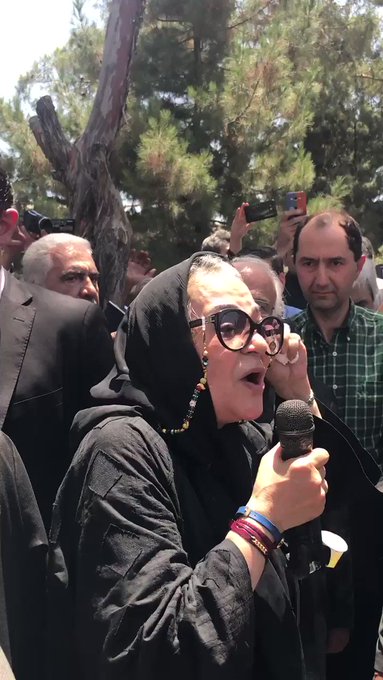 In the clip, Elaheh Amir-Entezam called for Iranians to set aside their differences and work together to develop the country.

This report was produced in collaboration with VOA’s Persian service.