Iranian official: We will stay in Syria despite Russia’s objections

Al-Arabia – Iran on Sunday said it will keep its military forces in Syria despite appeals from its ally Russia to withdraw its Revolutionary Guard Corps and other militias.

Special Assistant to Iran’s deputy foreign minister, Hussein Amir Abdullahian, said that the presence of Iran’s “military advisors” in Syria will continue to “combat terrorism” despite the lack of reasonable grounds for its army to stay following ISIS’s defeat.

During his meeting with Salah al-Zawawi, the Palestinian ambassador in Tehran, Sunday, Abdullahian said his country would “continue its firm support of the resistance,” a term Iran has used to describe its militias in the region.

A number of Revolutionary Guard officers were killed in Syria in the past few days, including explosives expert Mohamed Ibrahim Rashidi, 32, who was killed by a landmine on a road to Syria’s Deir Ezzor province.

Two weeks ago, Iran lost another Revolutionary Guard commander, Shahrukh Daypur, who was responsible for Iran’s forces in Aleppo, as well as its suburbs and neighboring northern provinces. His death raised questions about the presence of Iranian forces, especially in light of growing disputes between Russia and Iran.

Following Russia’s announcement pushing for a withdrawal, Iranian forces have become targets of the US-led coalition and Israel’s air force.

In recent weeks, Iranian forces were subjected to several raids in different areas, where more than a dozen of its militia members were killed as Iranian media continued to be silent.

“Leave Syria… Focus on us”

Demonstrators in Iran continued to protest against the regime’s policies that have resulted in deteriorating living conditions and the currency’s collapse as a result of the country spending money to support terrorism and militias in the region.

Iran continues to deploy its revolutionary guard members to Syria, and funds the Assad regime with $6 billion a year, as well as provide aid, such as oil and credit loans of $5.6 billion, as it faces an economic crisis at home that has lead to rising prices and living costs. 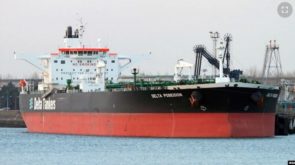