May 29, 2018 Human rights, Science and Technology, Social and Political

Radiofarda – Despite the Islamic Republic’s official ban on the popular messaging app Telegram, few Iranian users have closed their accounts, and some say fake profiles are appearing for them on regime-linked apps created to replace Telegram.

So far only seven million users have signed up for the domestic messaging apps backed by the state to serve as a replacement to Telegram, and only one million have closed their Telegram accounts since it was banned by Iran’s Culture and Media Court April 30, according to Iranian Telecommunications Minister Mohammad Javad Azari Jahromi.

The court alleged that Telegram had been used to organize acts threatening national security, including the anti-establishment protests that swept the country in December and January, and terrorist attacks on the parliament and Ayatollah Rouhollah Khomeini’s shrine last June.

Founded in 2013 by Russian brothers Pavel and Nikolai Durov, Telegram was used by almost half of Iran’s 80 million population prior to the ban for communication, information, entertainment, and business purposes.

“25 percent of users of foreign messaging apps have started using domestic apps, but 75 percent of them are either using the old apps or have moved to another foreign app,” Jahromi told journalists after a meeting with a group of MPs May 28.

While the minister seemed optimistic about what he views as the increasing acceptance of domestic messaging apps by Iranians, other reports indicate his figures are inaccurate.

Some Iranians even claim that though they’ve never downloaded or installed the most widely used of the domestic messaging apps, Soroush, an account and profile exists for them.

Soroush is a product of Iran’s state TV and radio organization.

“I don’t even know what the Soroush logo looks like, but a friend of mine sent me a screenshot showing that I am a Soroush member and I am online. I’ll probably even reply if you message me there,” tweeted one Iranian user May 24. 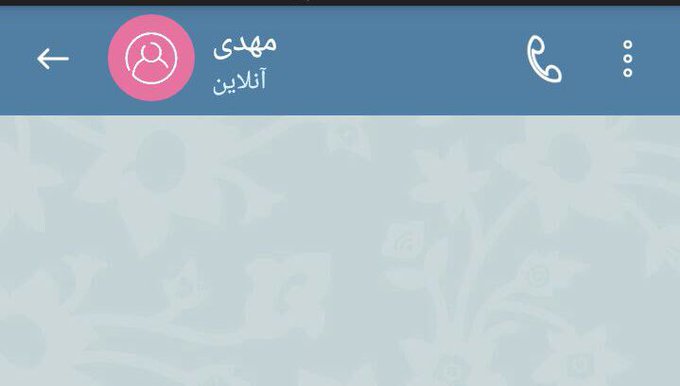 The company’s CEO promptly denied the report, claiming that all accounts on his application are real and created by and with the knowledge of their owners.

In addition to the perceived technical inferiority of Iranian apps compared to their foreign rivals, the main reason Iranian users are reluctant to switch to domestic apps is security and privacy concerns. They fear prosecution for criticizing the ruling establishment or accessing and sharing content that violates the country’s strict moral codes.