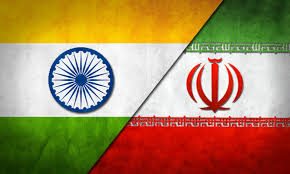 India will not follow US sanctions on Iran: Foreign Minister Swaraj

PayvandNews – India’s Foreign Minister Sushma Swaraj says New Delhi will keep trading with Iran and will only follow sanctions imposed by the United Nations and not those imposed by any other country, such as the United States, against the Islamic Republic. Speaking at a news conference on Monday, Swaraj added that her country’s position was “independent” of any other country and would not make foreign policy “under pressure.”

“India follows only UN sanctions and not unilateral sanctions by any country,” she said when asked about New Delhi’s response to the US decision to withdraw from a 2015 key nuclear agreement and re-impose sanctions against Tehran.

US President Donald Trump announced on May 8 that Washington was walking away from the nuclear agreement, officially known as the Joint Comprehensive Plan of Action (JCPOA), which was reached between Iran and the five permanent members of the UN Security Council – the US, Britain, France, Russia and China – plus Germany.

Trump also said he would reinstate US nuclear sanctions on Iran suspended under the nuclear accord and impose “the highest level” of economic bans on the Islamic Republic.

However, Swaraj emphasized that India rejects “reactionary” policies and will not be dictated to by other countries.

“We don’t make our foreign policy under pressure from other countries. We believe in UN sanctions but not in country-specific sanctions,” she pointed out.

Iran and India enjoy deep relations in political and economic sectors. Tehran is one of New Delhi’s top oil suppliers.

The top Iranian diplomat is in India as part of international consultations aimed at discussing continued mutual cooperation with world countries following the US withdrawal from the JCPOA.

During Rouhani’s visit, Iran awarded a much-awaited agreement to India over the management of part of its strategic Chabahar port – a move that could enable India to dodge Pakistan and reach markets in Afghanistan, Central Asia and beyond.