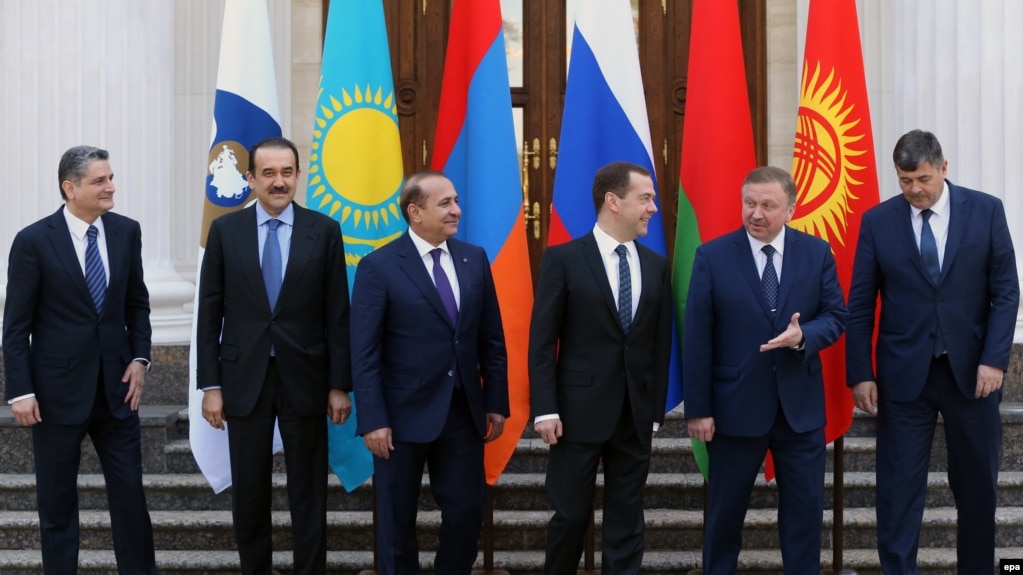 The agreement signed in the Kazakh capital Astana comes as the United States is snapping economic sanctions on Tehran back into place and warned companies not to do business with Iran.

The interim deal lowers tariffs on hundreds of goods and set a three-year negotiating period to thrash out a free trade deal.

“Our negotiators are now set a task for the future,” said Tigran Sargsyan, who chairs the commission managing the bloc.

The deal is a demonstration by Moscow and its allies in the region that they do not intend to play along with Washington’s efforts to isolate Iran economically.

Earlier this month US President Donald Trump’s controversially pulled Washington out of an international deal with Iran that placed limits on its nuclear programme in return for easing economic sanctions.

Companies around the world face a difficult choice as Washington has previously slapped huge fines on firms which bust US sanctions.

The proposed free trade agreement with the EEU will not make Iran a fully-fledged member of the bloc that also comprises Armenia, Belarus, Kazakhstan and Kyrgyzstan, but would bring Tehran further into the Kremlin’s orbit.

The interim deal covers a range of goods, with Iran lowering tariffs on 246 goods ranging from foodstuffs to industrial goods while EEU members made concessions on 175 goods, the Kazakh economy ministry said.

According to Russia’s Interfax news agency China also signed on Thursday a cooperation deal with the EEU. The terms of the deal were not immediately clear. A free trade agreement between the EEU and Vietnam entered into force in 2016.