VOA – The United States and the United Arab Emirates acted Thursday to disrupt a currency exchange network under which they said hundreds of millions of dollars had been transferred to Iran’s Revolutionary Guards’ Qods Force to fund their insurgent operations in the Middle East.

The U.S. Treasury sanctioned nine Iranian individuals and entities it said were involved in transferring dollar-denominated bulk cash funneled through the UAE to Iran and its central bank.

The sanctions prohibit Americans from conducting business with the Iranians and said that foreign financial institutions that “knowingly facilitate” future transactions with them risk being cut off from the U.S. financial system.

“This network of exchangers and couriers has converted hundreds of millions of dollars,” the U.S. statement said. 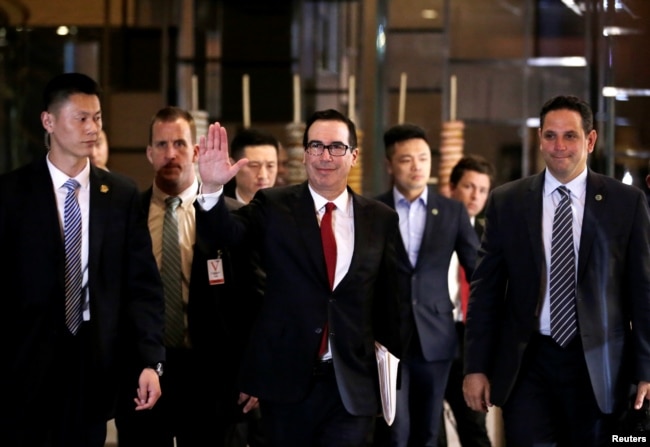 U.S. Treasury Secretary Steven Mnuchin, a member of the U.S. trade delegation to China, waves to the media as he returns to a hotel in Beijing, China, May 3, 2018.
Treasury Secretary Steven Mnuchin accused the Iranian government and its central bank of abusing access to entities in the UAE to acquire U.S. cash to finance the Revolutionary Guards’ “malign activities, including to fund and arm its regional proxy groups, by concealing the purpose for which the U.S. dollars were acquired.”

He added, “Countries around the world must be vigilant against Iran’s efforts to exploit their financial institutions to exchange currency and fund the nefarious actors of the (Revolutionary Guards) and the world’s largest state sponsor of terror.”