Al-Arabia – Iran’s Foreign Minister Mohammad Javad Zarif will visit China, Russia and Europe over the coming days for talks on salvaging the nuclear deal after the US withdrawal, his spokesman said Friday.

Zarif is due to depart late on Saturday for a whistlestop tour taking in Beijing, followed by Moscow, and finally Brussels for a joint meeting with Britain, France and Germany, foreign ministry spokesman Bahram Ghasemi told AFP.

It was earlier reported that Iran’s foreign minister will travel to Moscow on May 14 and meet his Russian counterpart, the RIA news agency reported on Friday citing Zamir Kabulov, a Russian foreign ministry official.

Iran’s foreign minister will travel to Moscow on May 14 and meet his Russian counterpart, the RIA news agency reported on Friday citing Zamir Kabulov, a Russian foreign ministry official.

ALSO READ: After moves on North Korea, Pompeo to press allies on Iran

Meanwhile, the European Union on Thursday called on “all regional actors to show restraint” after Israel carried out strikes against what it called Iranian targets in Syria, in response to Iranian rockets fired towards its forces.

“Reports about last night’s Iranian attacks against Israeli army posts from inside Syria to which Israel responded by striking against Iranian targets in Syria are extremely worrying,” the European External Action Service (EEAS) said in a statement. 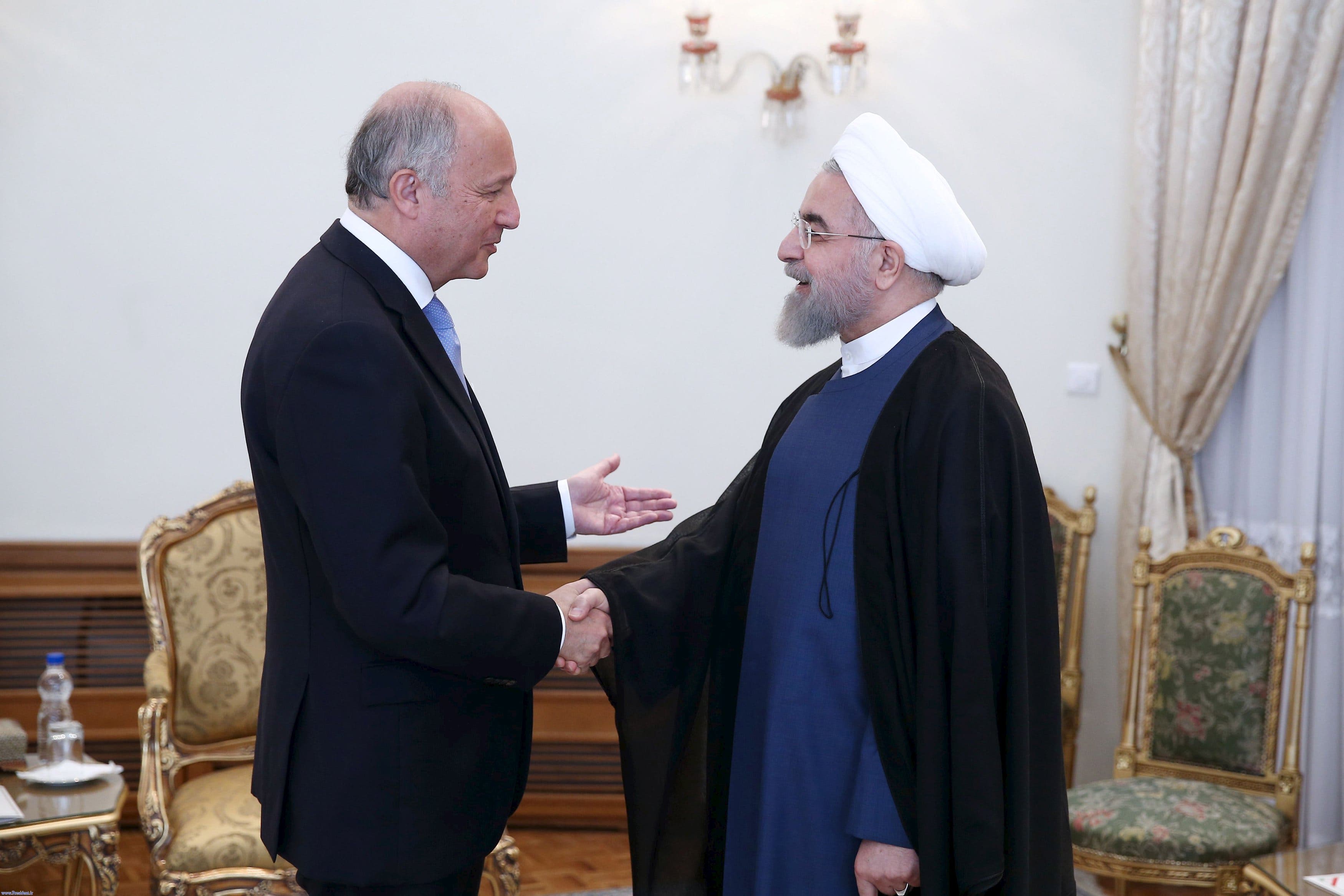 France’s foreign minister on Thursday condemned the United States for re-imposing sanctions against foreign companies trading with Iran, labelling the move “unacceptable” in comments that expose the deepening rift between Washington and its European allies on the issue.

On Tuesday, US President Donald Trump announced he was pulling out of a landmark deal curbing Iran’s nuclear program and reintroducing sanctions on the Islamic republic and those who trade with it. The decision overturned years of painstaking diplomacy and left European allies scrambling to save the hard-fought deal.

Washington has given European firms doing business in Iran up to six months to wind up investments or risk US sanctions and they are also forbidden from signing any new contracts with Iran. On Thursday France’s top diplomat Jean-Yves Le Drian slammed those conditions, saying Washington needed to negotiate with its European allies on any sanctions that might affect their companies.

“We feel that the extraterritoriality of their sanction measures are unacceptable,” he told the French daily Le Parisien. “The Europeans should not have to pay for the withdrawal of an agreement by the United States, to which they had themselves contributed,” he said.

Europeans, he added, would “do everything to protect the interests of their companies” and planned to lead “tight negotiations” with Washington via the European Union. Trump’s decision to pull out of the Iran deal has left his country diplomatically isolated.