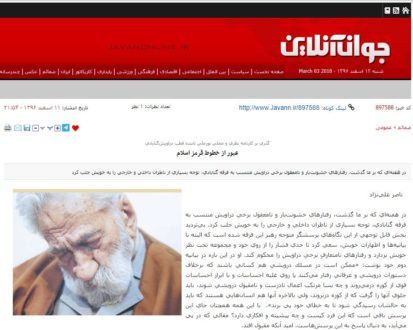 Preparation of the Revolutionary Guards on Fars News website against Sufism and Islamic mysticism especially regarding the Dervishes of the Nematollahi Gonabadi Sufi order for creating the preconditions for massive repressions of the Dervishes throughout the country. 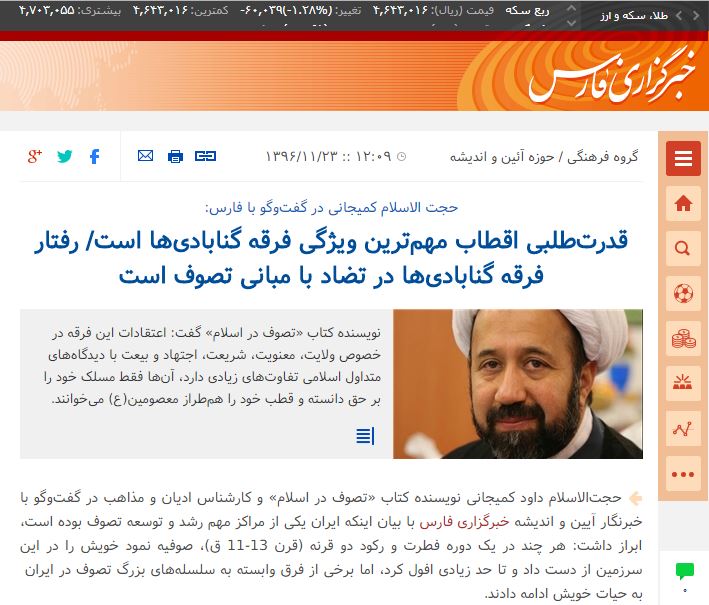 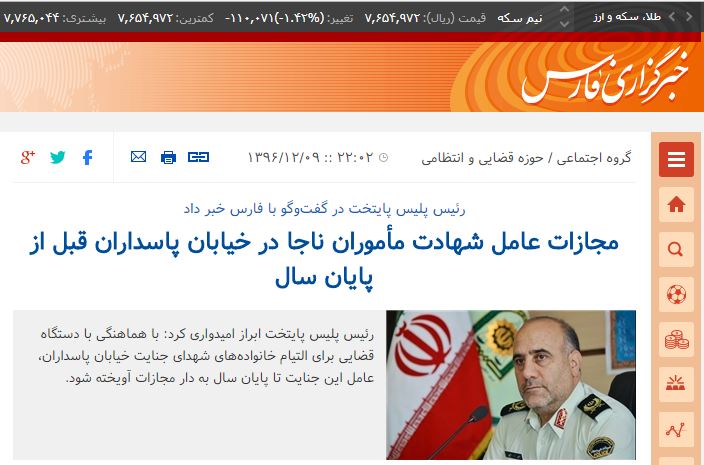 Further preparation for massive repressions by the Revolutionary Guards on Rasa News website against Sufism and Islamic mysticism especially regarding the Dervishes of the Nematollahi Gonabadi Sufi order. Mr. Abedi said in an interview in Rasanews that Sufism and Islamic mysticism are not the same. The title of the intervew reads, “From the court of the king to Indian fakirs, to believe in total peace with the taste of violence” explaining that The Gonabadi Dervishes are violent people. 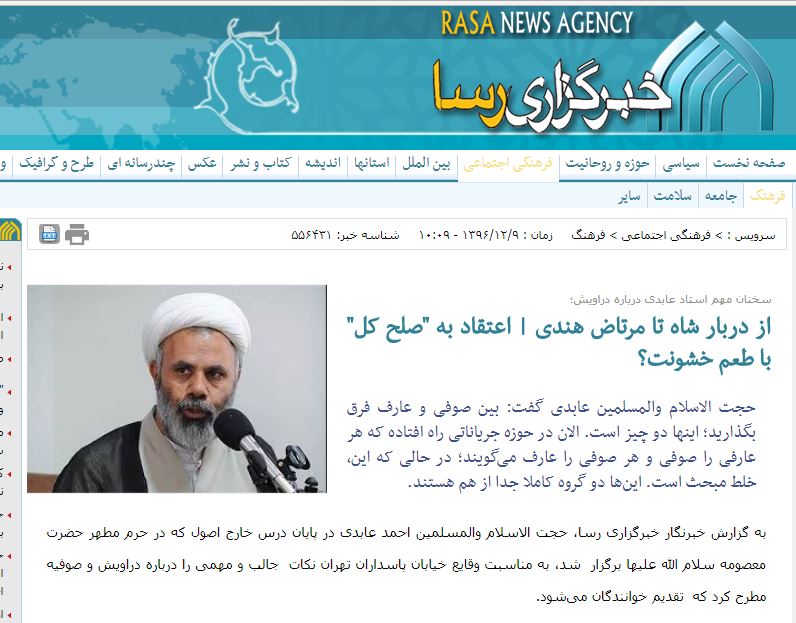 The scandalous lies and forgery of news to connect more than 8 million Gonabadi dervishes to Israel and other foreign countries in order to provide for the of massive repressions of the Dervishes throughout the country.

Photos of the annual meeting of the International Society for Human Rights(IGFM) in Germany, held on 26-28th of March 2010 in the city of Bonn, Germany, have been published in major national newspapers in Iran such as Keyhan as a meeting of the Dr. Seyed Azmayesh and Mr. Mahlavi of in Hafai, Israel. 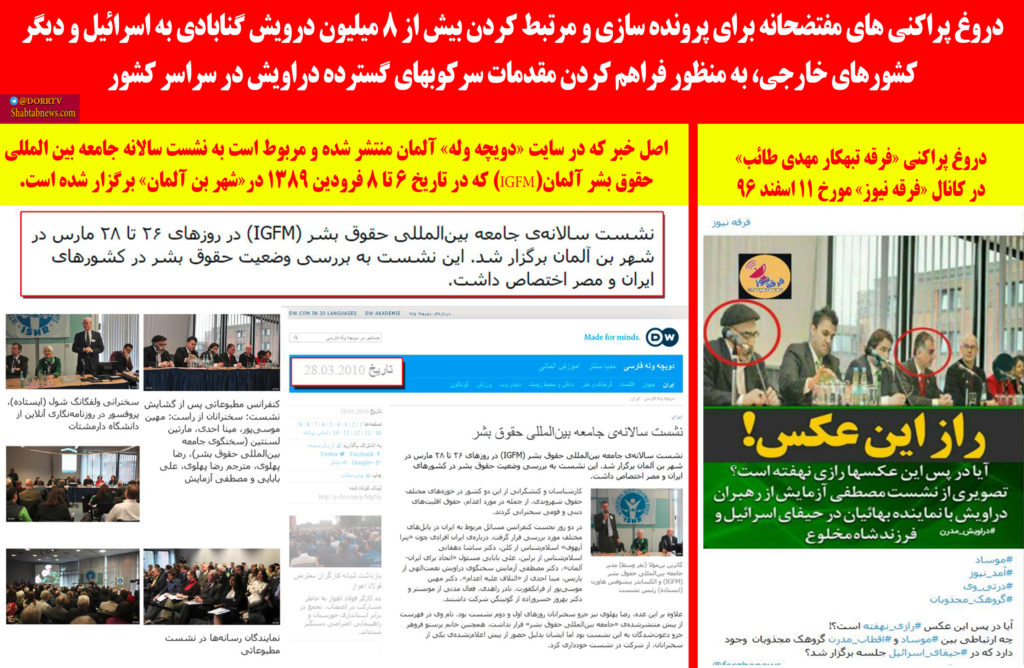