Iran State TV: ‘Even If He Beats You, Kiss His Feet’

RFL/RE – “Even if your husband is a drug addict, if he beats you, just do it and you will see a miracle in your life.”

“It” isn’t a reference to marriage counseling. Or the help of family or the clergy. Or even prayer.

Instead, this “expert” on Iranian state TV was recommending that a woman give her husband a foot massage, even in the face of domestic abuse.

The statement would lead to a rare apology from official broadcasters.

“Some Friday afternoon when your husband is resting on the couch, put the bucket under his feet,” said the woman, advising female viewers to tell their husband that they want to demonstrate their love.

“Slowly give him a foot massage, then dry his feet, and now this part: Kiss his feet,” she said, adding that her method relieves stress and prevents stroke and heart attack.

Such treatment — particularly with rosewater, sea salt, or milk — will keep husbands “charged” for a month, she said.

The show was aired by a state-controlled broadcaster in the central province of Yazd, southeast of the capital.

It was widely shared by Iranians and other Farsi speakers, many of whom mocked the advice on social media.

“Establishment feminists: ‘If you want your man to be energized for a month, follow the expert’s advice,” Iranian dissident journalist Isa Saharkhiz, who has spent time in jail following his criticism of the Iranian establishment, tweeted alongside a clip of the show. “State TV expert calls on women to massage their husbands’ feet and kiss them.” 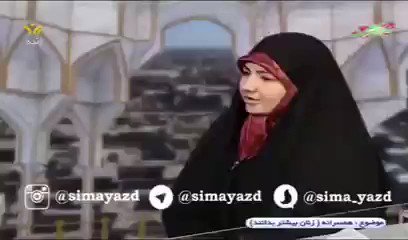 By January 30, the Yazd branch of Iranian state TV had issued an implicit apology.

In a statement quoted by the semiofficial ISNA news agency, the officials in Yazd acknowledged complaints over the “fragmented comments” of an “expert,” then pledged themselves “from now on” to “planning and greater attention in content delivery.”

“[The comments] of the marriage counselor were so bad that state television apologized. The painful issue is this way of thinking in the 21st century…Scary,” Negin Lajevardi tweeted alongside the hashtag #yazd.

TV in the clerically dominated country regularly comes under heavy criticism from Iranians and politicians for what they see as dull programming, biased news coverage, and obeisance to the views of the hard-line faction of the Iranian establishment.

Such criticism was rekindled during recent antiestablishment protests that rocked the country and resulted in dozens of deaths and thousands of arrests.