AL-Arabia – Iranian authorities granted a four-day leave on humanitarian grounds Sunday to Baquer Namazi, the oldest of a group of American citizens known to be held in the Islamic Republic.

His lawyer Jared Genser said that Namazi, an 81-year-old former UNICEF official, cannot leave Iran and is prohibited from speaking to the media. His son, business consultant Siamak Namazi, is still in jail.

Both are dual Iranian-American citizens.

Namazi was rushed to a hospital on January 15 — the fourth time in the last year — after a “severe” drop in his blood pressure, an irregular heartbeat, “serious” energy depletion and white coloring, Genser said.

In September, he underwent emergency heart surgery to install a pacemaker. 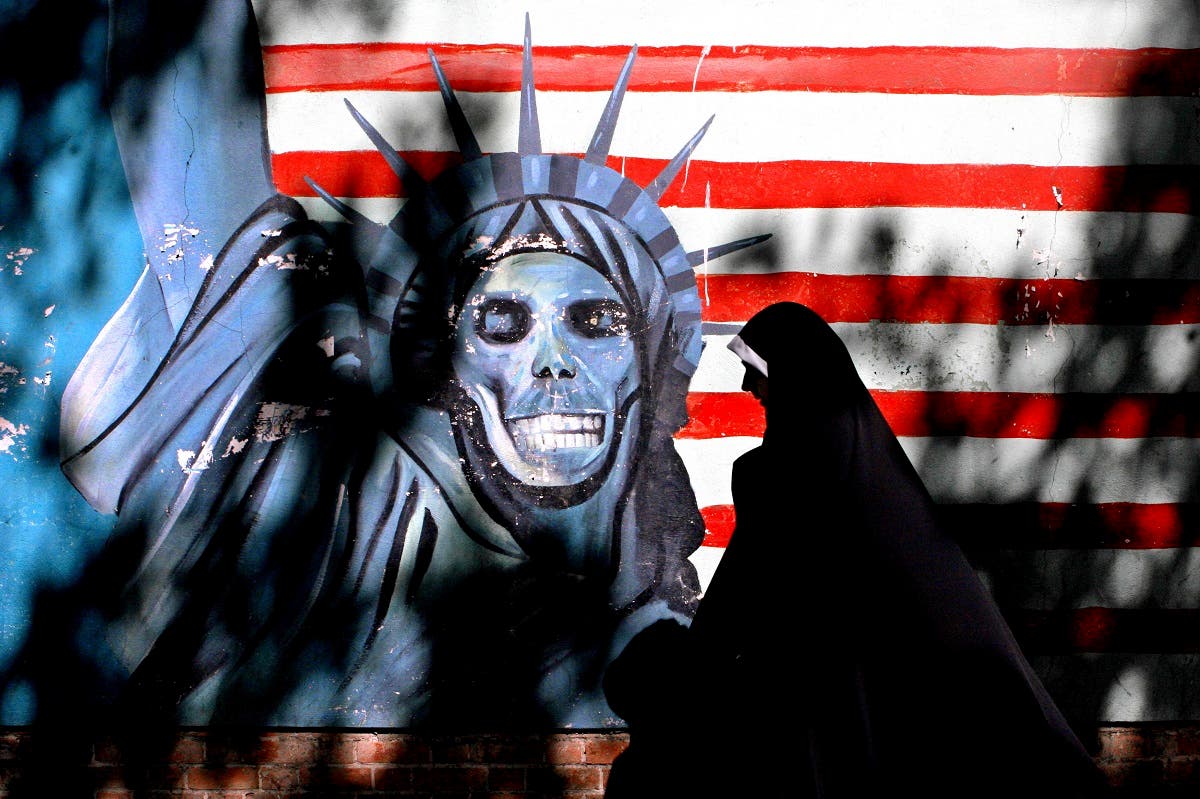 An Iranian woman walks past graffiti art characterizing the US Statue of Liberty. (AP)

“We welcome the release of Baquer Namazi given his deteriorating health, but we note that his release is only temporary,” State Department spokeswoman Heather Nauert said in a statement.

“We call for the immediate and full release of the Namazi family, including his son Siamak, as well as other Americans unjustly held by the Iranian government.”

The Namazis were given 10 years in prison for “espionage and collaboration with the American government” in October.

The elder Namazi’s son Babak said “a return to prison would be life-threatening for him.”

“I beg the Iranian authorities to show compassion and grant my father a permanent release so he can spend his remaining time with his family before we face an irreversible tragedy,” he added.

Genser said returning to prison Thursday as ordered would amount to a “death sentence” for Namazi.

“On humanitarian grounds, his leave must be made permanent. And it is urgent that Siamak Namazi and the rest of the wrongfully imprisoned Americans also have their cases resolved,” Genser said.