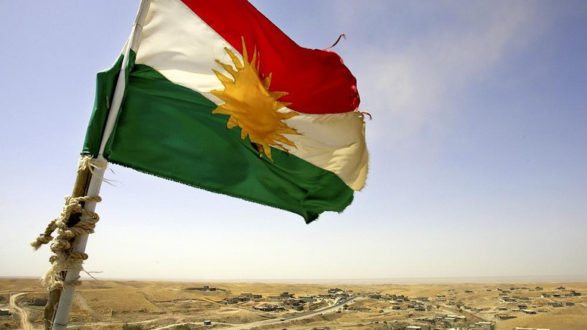 PayvandNews – Iran’s Ministry of Roads and Urban Development has warned companies against shipment of oil products to and from the Iraqi Kurdistan “until further notice,” Iranian news agencies reported on Saturday.  The decision is in line with Tehran’s series of measures in response to a referendum held in the semi-autonomous region on possible secession from Iraq which has drawn international criticism.

“Given the recent developments in the region, it is suitable that international transportation companies and drivers active in this field avoid loading and carrying oil products to and from the Iraqi Kurdistan Region until further notice,” a directive by the ministry’s Road Maintenance and Transportation Organization said.

“It should be noted that the consequences of any action in this regard would befall the relevant company,” it added.

The transportation is mostly carried out by tanker trucks which take crude oil from the Iraqi Kurdistan to Iran and carry back refined products to the region.

The Iraqi Kurdistan is one of Iran’s major trade partners, with annual transactions running to $4 billion a year. Iran’s first concrete reaction to the plebiscite came on Sunday when the country halted flights to northern Iraq and closed its airspace to flights originating in the Kurdish region.

The Islamic Republic has rejected the referendum and asserted its support for Iraq’s sovereignty over the entire country, including territories run by the regional Kurdish government.

On Friday, the Iraqi Defense Ministry said it was taking over the control of its borders in the northern Kurdistan region in coordination with Iran and Turkey.

A ban on international flights into and out of the Iraqi Kurdish region took effect on Friday but the Iraqi central government says local Kurdish authorities should also give back the control of airports and border crossings.

A senior Iranian military commander says Iran and Iraq will hold joint military exercises along their border with the Kurdistan region in the coming days in line with Tehran’s policy to support Baghdad’s central government, after the recent independence referendum in the semi-autonomous region.

“The joint maneuver, [dubbed] Eqtedar (Strength), will be held by Iran’s Armed Forces and units of the Iraqi army along the two countries’ joint borders,” Deputy Chief of Staff of Iran’s Armed Forces Brigadier General Massoud Jazayeri said on Saturday.

In defiance of Iraq’s stiff opposition, the Kurdistan Regional Government (KRG) held a non-binding referendum on September 25 on secession from the central government in Baghdad.

Major regional and international parties have voiced serious concern over the secessionist move, saying it would compound the problems of the country, which is already busy with counterterrorism operations against Daesh.

Jazayeri further said high-ranking commanders of Iran’s Armed Forces held a meeting, chaired by Chairman of the Chief of Staff of the Iranian Armed Forces Major General Mohammad Baqeri, earlier in the day to discuss the Iraqi government’s official requests from Tehran in the wake of the referendum.

Jazayeri emphasized that participants at the meeting once again stressed the importance of safeguarding Iraq’s territorial integrity and voiced their opposition to the “illegal” referendum held in the northern Kurdistan region.

They also adopted the “necessary decisions to establish security along borders and receive forces of the Iraqi central government for deployment at border posts,” he added.

The Saturday meeting was held three days after the chief of staff of the Iranian Armed Forces and his Iraqi counterpart Major General Othman al-Ghanmi held talks in Tehran. The issue of terrorism, the Kurdish independence vote and matters of mutual interest were among the major topics discussed in the Wednesday meeting between the military brass of Iran and Iraq.

Iran and Turkey have opposed the Kurdish referendum in Iraq, warning that the controversial vote could lead to further instability in the entire Middle East, a region already ravaged with numerous conflicts and terror threats.