US House votes to block aircraft sales to Iran

PayvandNews – The US House of Representatives has voted in favor of new measures that block sales of commercial aircraft to Iran, ignoring some lawmakers’ warnings that the hostile move would undermine the 2015 nuclear agreement between the Islamic Republic and the six world powers.
View image on Twitter 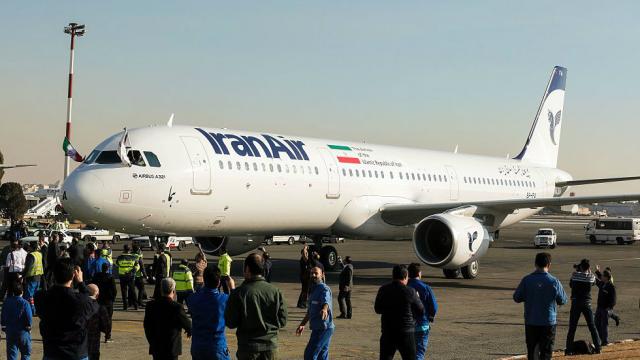 The new measures would specifically prevent the Office of Foreign Assets Control (OFAC) from clearing licenses to allow aircraft sales while also prohibit the use of funds to authorize the required financial transactions.

Roskam said Washington needed to stop the sales until Iran ends its support for Syrian President Bashar al-Assad in the ongoing fight against terrorist groups that are fighting hi government.

“Western companies ought not be allowed to sell Iranian airliners more aircraft that they can use to fuel Assad’s brutal war,” Roskam said during House floor debate.

by Eldar Mamedov The European Parliament adopted today in Strasbourg a report on the implementation of the EU Common Position on Arms Export adopted in 2008. The motion, drafted by Bodil Valero, a …

The measure drew criticism from some Democrats, with Representative Earl Blumenauer saying that they would “penalize American companies for no good” and endangers the 2015 nuclear deal between Iran and the P5+1 group of countries- the US, the UK, France, Russia, China and Germany.

“I think being able to maintain our commitments under the agreement with the [Iran nuclear deal] is important. That Iranian nuclear agreement has held and is one of the few bright spots in that region,” Blumenauer said.

Officials in the administration of US President Donald Trump have been sparing no efforts to undermine the nuclear deal, known as the Joint Comprehensive Plan of Action (JCPOA), which went into effect in January 2016 and lifted all anti-Iran sanctions in exchange for a series of voluntary limitations on the country’s peaceful program.

More than 80 nuclear nonproliferation specialists issued a statement urging President Trump to respect the accord, which he has hinted he would scrap.

The removal of sanctions allowed Iran to purchase hundreds of commercial aircraft from Airbus, Boeing and a number of other companies.

Most of the companies require OFAC licenses to complete the sales because at least 10 percent of the parts used in their aircraft are made in the US.

The Case Against the Iranian Nuclear Deal Is One Big Lie http://atfp.co/2jrimNc

The Case Against the Iranian Nuclear Deal Is One Big Lie

There’s no reason to trust any of the Trump administration’s criticisms of, or plans for replacing, the JCPOA.