A Lawyer Arrested on Charge of Insulting the Supreme Leader 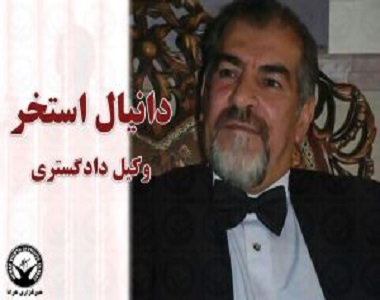 HRANA News Agency – Danial Estakhr, a lawyer in Shiraz city, was arrested and sent to prison on charge on insulting the supreme leader. It is said that this charge is related to one of his writings about the mass executions of political prisoners in 1980s.

According to the report of Human Rights Activists News Agency (HRANA), Danial Estakhr, known professional lawyer who is practicing in Shiraz city, was arrested and sent to prison.

In this lawsuit, which is at court hearing stage, Mr. Estakhr is charged with insulting the supreme leader.

A close source to Mr. Estakhr, by confirming this news told HRANA’s reporter, “apparently this charge is based on one off the recent writings of him that was published before the election. He was summoned to the court, before the election for his writing that is about the incidents of 1980s, but he was told that he was free till further notice”.

This source added, “Finally he was summoned last again and was told to go and come back the other week. That time he was eventually arrested and sent to prison”.