Iran chief of staff in Turkey for talks on Syria, Iraq

Al-Arabia – Iran’s chief of staff arrived in Ankara Tuesday for “unprecedented” talks with Turkey’s leadership reportedly aimed at narrowing differences on the Syria crisis and coordinating policy on Iraq. 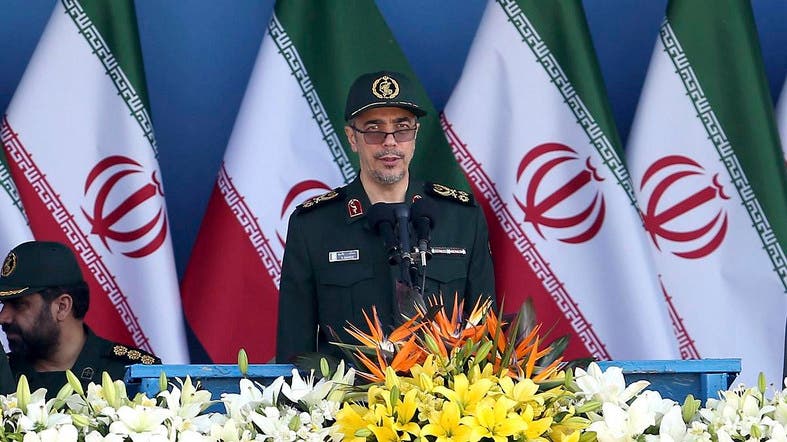 General Mohammad Hossein Bagheri is due to meet Defense Minister Nurettin Canikli and President Recep Tayyip Erdogan during his three-day visit. He kicked off the visit by meeting his Turkish counterpart Hulusi Akar, the state-run Anadolu news agency said.

Pro-government Turkish Daily Sabah quoted diplomatic sources as saying the visit was a “milestone” and would not have been possible unless both sides were willing to make deals on both Syria and Iraq.

Iran’s official IRNA news agency meanwhile described the visit as “unprecedented” in the history of bilateral relations. “This trip was necessary for better consultation and cooperation on various military and regional issues,” Bagheri said in a statement to state Iranian broadcaster IRIB, citing border security and the fight against terror.

Yet relations between Turkey and Iran have on occasion been tense in the last years. Turkey and Iran lie on opposing sides of the Syrian conflict, with Erdogan seeking the ouster of President Bashar al-Assad to end the war and Tehran, along with Moscow, his key remaining ally and backer.

But Turkey and Russia have been cooperating more over Syria in recent months, helping to extract civilians from Aleppo and then co-sponsoring peace talks in the Kazakh capital Astana.

But with its anti-Assad rhetoric toned down, Ankara now appears especially concerned about the presence of the Kurdish People’s Protection Units (YPG) in the border area.

Although an ally of the United States, the YPG is considered by Turkey as terror group and the Syrian branch of the Kurdistan Workers Party (PKK) which has waged a deadly three decade insurgency in the Turkish southeast. The rise of militants in the province of Idlib, neighboring Turkey, has also alarmed Ankara, Moscow and Tehran.