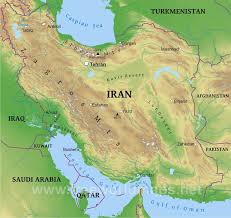 VOA — Iranian state TV is reporting a strong 5.4 magnitude earthquake has led to a power outage in a remote area in the country’s south.

The quake that struck at around 10 p.m. local time on Sunday jolted the Sirch village in the southern province of Kerman, some 1100 kilometers (683 miles) south of the capital Tehran.

The report said telecommunications were not possible due to the earthquake.

State media described the depth of the earthquake as only 10 kilometers (6.2 miles). It said there is no report yet on casualties.

A magnitude 5.4 quake has the potential to cause considerable damage.

Iran is prone to daily quakes as it sits on many major fault lines. In 2003, a 6.6 magnitude quake flattened the historic city of Bam, killing 26,000 people.