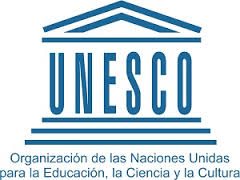 CHRI – Religious conservatives in Iran began opposing the Rouhani government’s plan to implement the UNESCO agenda 2030 guidelines into the country’s educational system after a campaign was launched by hardliners to discredit it. Implementing educational guidelines from the UN 2030 Agenda for Sustainable Development could help prevent tragedies like the case of Atena Aslani, according to a sociologist and expert on Iran’s educational system.

Aslani’s seven-year-old lifeless body was found with “signs of sexual abuse” on July 10, 2017 in the garage of a man with an alleged history of sex crimes convictions. She had gone missing on June 19, 2017 in Parsabad, Ardabil Province, 428 miles northwest of Tehran.

A member of UNESCO’s Peace and Education Commission, Said Peyvandi, told CHRI that educating adults and children about sexual abuse could help reduce such crimes.

“If we look at other countries with advanced child protection policies,” he said, “there is an emphasis on educating children and adults, as in UN 2030 agenda, to make them aware and conscious about criminal behavior and develop a social deterrence and security net against such threats.”

He added: “UNESCO’s 2030 agenda recommends children be educated about their bodies, health and sexual relations from a sociological and psychological point of view which creates awareness in dealing with harmful situations. But unfortunately, Iran’s supreme leader and his advisers look at these recommendations from a different perspective. They have halted the [guidelines’] implementation without having something to replace them with.”

Public outrage over Aslani’s death generated discussions on social media and by Iran’s media outlets over how to prevent child abuse.

“If boys and girls do not receive proper training they will always be vulnerable to sexual abuse,” wrote Shahindokht Mowlaverdi, Rounahi’s vice president for women and family affairs, in a post on her Telegram channel on July 15.

“The problem is that Iranian officials don’t recognize that children need to be aware of sexual matters to fight dangerous situations in life,” said Peyvandi. “Their approach is very superficial and amateurish and as a result, they don’t learn from tragedies like what happened to Atena.”

He continued: “Iranian society is virtually defenseless in dealing with these issues not just because of a lack of education, but also the absence of institutions where victims could turn to for protection without fear.”

“What happened to Atena might make society think about why children and young people need greater awareness to resist harm and avoid falling prey to predators,” he said.

Peyvandi also told CHRI that Iran’s decision to not adopt voluntary guidelines from the Education 2030 Framework for Action, which UNESCO helped draft, was largely due to religious opposition to sexual tolerance and gender equality.

“The officials of the Islamic Republic look at the 2030 agenda not as a teaching tool or a cultural guideline,” he said, “but as a sexual textbook based on an alien ideology that has no psychological and sociological understanding of Iranian realities.”

“That’s why without a protective shell, children like Atena Aslani will continue to become victimized,” he added.

Adopted by UNESCO in 2015, the 2030 agenda aims to “ensure inclusive and equitable quality education and promote lifelong learning opportunities for all.” The agency was entrusted to “lead and coordinate” the agenda with “governments and partners on how to turn commitments into action.”

However, in a speech to the staff of the Supreme Cultural Revolution Council on May 7, 2017, Khamenei accused the government of “quietly” adopting the UN’s “anti-Islamic” recommendations “on behalf of influential world powers.”

“This UNESCO 2030 document is not something that the Islamic Republic will surrender to,” he said. “It’s wrong to sign some document and then quietly go ahead and implement it. That’s absolutely forbidden.”

Shortly afterwards, Mohammad Doulabi, a conservative member of the Assembly of Experts from Zanjan, claimed on May 11 that the 2030 agenda promotes homosexuality and would drive children away from Shia Islamic values.

“If we implement this program in the country, our youth and future generations will lose their revolutionary and Islamic spirit,” he declared.

When Rouhani suggested that the government would still implement parts of the agenda that do not contradict Islamic or Iranian values, Khamenei moved to completely outlaw it.

“Some say they have altered this document and won’t carry out any part that’s unacceptable,” said Khamenei on June 8, 2017, indirectly referring to Rouhani. “I’m saying that our national education policy should not be written from abroad… Whether it has anything against Islam or not, it doesn’t matter. This is Iran. This is the Islamic Republic. This is a great nation. Why should a few people at UNESCO or the United Nations write our education policy? This has to do with our independence.”

Khamenei, who was appointed as Iran’s supreme leader in 1989, has regularly warned about a so-called Western “cultural invasion” during his speeches, which often include decrees that the entire country, including all branches of government, are expected to follow.

On July 13 Vice President Eshagh Jahangiri announced the government had officially reversed its decision to implement the 2030 agenda.