Mashhad’s Deputy Prosecutor-General Hassan Heidari says some of those arrested are Iranians and others are Afghans who entered Iran with “fake documents.”

Heidari was quoted by Iranian media on July 7 as saying that some detainees participated in “terrorist actions and operations” outside Iran.

The arrests follow deadly attacks on June 7 against Iran’s parliament and the mausoleum of Ayatollah Ruhollah Khomeini, the founder of the Islamic republic.

IS claimed responsibility for those attacks.

In recent weeks, Iranian authorities have said that dozens of “terrorists” with links to IS and other groups have been arrested.

Based on reporting by Press TV, Khorasan daily and RFE/RL’s Radio Farda

New Arrests of Baha’is and Confiscation of Properties 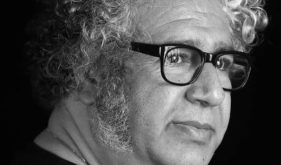