VOA – Islamic State has issued a video threatening Iran and promising to conquer the country soon.

The 36-minute, Persian-language video is aimed at Iran’s Sunni Muslim minority and accuses Tehran of persecuting them. But analysts said the intention behind the video released late Monday may be a desperate effort to show that IS, at its weakest since its declaration of a caliphate in June 2014, is still a potent force.

“IS was not successful in recruiting Iranian Sunnis when it was at its peak, and such an outreach now seems to be the struggles of a sinking body,” said Alex Vatanka, a senior analyst at the Washington-based Middle East Institute. 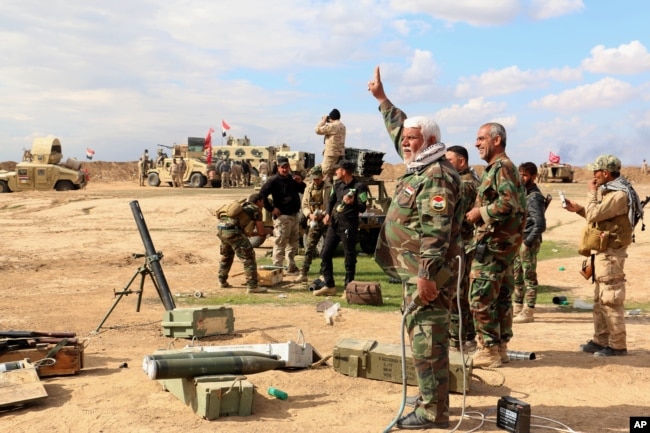 Iran is deeply involved in efforts by Iraq and Syria to rout Islamic State from their territory, providing Shi’ite militias with funding and equipment. Since 2012, Iran has acted as a major ally of the Syrian regime in Damascus, backing Syrian troops in their war with rebel groups across the country. At times, Iranian forces have been in battles with IS fighters in Syria, according to reports.

The video, narrated and hosted by several Persian speakers with heavy Baloch accents, alleges more than 18,000 Iranian Sunnis have been executed since the 1979 Islamic Revolution. One of the speakers urges Sunnis to join the group “to defend their dignity and regain back the pride taken away by Iranian Shia authorities.”

However, several opinion polls have shown little Sunni interest in joining IS.

The Baloch people live mainly in the Balochistan region of the southeastern-most edge of the Iranian plateau in Pakistan, Iran and Afghanistan. They have long accused Tehran of discriminating against them for their Sunni faith.

Tehran has acknowledged it executed at least 977 people in 2015, mainly for drug-related crimes. Human-rights organizations have talked of mass executions of Sunnis and urged Iran to lift restrictions on Sunnis, who make up about nine percent of the population.

“It is hardly surprising that the Islamic State is trying to mobilize Iran’s Sunni minority,” said Ali Alfoneh a non-resident senior fellow at the Atlantic Council. “Iran’s Sunnis are subjected to varying degrees of discrimination, but they also suffer from the simple fact that they live in Iran’s underdeveloped and impoverished periphery regions where everyone, Shia and Sunni, suffers. 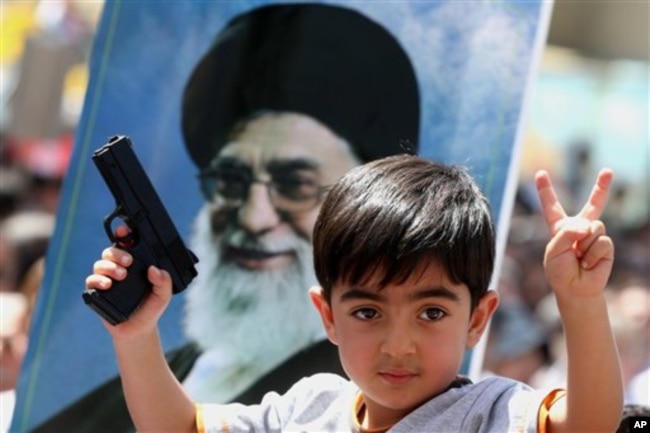 FILE – An Iraqi boy living in Iran holds a toy gun and flashes a victory sign in front of a poster of the Iranian Supreme leader Ayatollah Ali Khamenei in demonstration against Islamic State of Iraq and the Levant, Tehran, June 20, 2014.

The video, which threatens to attack Iranian infrastructure, was released by Islamic State’s Diyala Province arm. Diyala province stretches from Baghdad to Iraq’s border with Iran, but has never been the group’s favorite hub due to its Shia majority. IS considers Shias to be apostates.

The claims lack many details, including when the alleged incidents took place, the identity of most suspects and concrete links to IS. And at times, the information has conflicted with other accounts.

“IS cells have been severely devastated by our security agents and operational units. We have identified them and targeted them miles beyond our borders,” Amir Ahmadreza Pourdastan, commander of the Iranian Army, told a news conference last year.

But the growing emphasis by Iranian officials on the militant group’s possible threat has caught the attention of Western analysts who monitor developments in Iran and offer varying views on the extent of the threat and Iran’s aim by speaking publicly about them.