ANALYSIS: Is Iran beginning to feel the Middle East heat?

Al-Arabia – While an agreement allowing Iranian pilgrims to join this year’s hajj is good news, this is no leap forward to future success for the regime in Tehran. Quite obvious is the fact that this regime is facing a new balance of power in the Middle East and across the globe as the Trump administration has begun overhauling his predecessor’s disastrous Iran appeasement policy that allowed Tehran ignite the entire region in flames.

The visit by Saudi Deputy Crown Prince Mohammed bin Salman to the US and meeting with President Donald Trump in the White House has been described as a turning point in Saudi-US relations.

The Deputy Crown Prince, also the kingdom’s Defense Minister, has described Iran’s destabilizing nature across the globe and support for terrorism as a dangerous challenge for the Middle and the world over. Saudi Arabia is at the front lines of these dilemmas, he said in his recent meeting with his American predecessor James Mattis.

Continuing the fight against ISIS, confronting Iran’s lethal activities in the region and military cooperation between the two countries were amongst the main subjects in these talks.

Iran’s support for the Lebanese Hezbollah has become a part of Middle East reality, with Hezbollah leader Hassan Nassrallah admitting receiving money and other support from Tehran. While this relationship has been constantly condemned over the years, a new voice has recently raised quite a few eyebrows.

United Nations Secretary-General Antonio Guterres, in his first report to the Security Council, referred to the necessity of disarming the Lebanese Hezbollah, a known offspring of Iran. Guterres went on to call on all other Lebanese groups to bring an end to their participation in Syria’s war.

The UN Secretary-General, in unprecedented tough language, condemned Hezbollah crossing its forces into Syria as a violation of UNSC Resolution 1701. The report also condones Hezbollah’s continuing possession of weapons as a violation of Lebanon’s sovereignty and this country’s obligations in the face of UNSC resolutions 1559 (2004) and 1701 (2006).

Iran is also sensing how its Yemen campaign has suffered major setbacks and Saudi-backed coalition taking the initiative in making major advances towards Sanaa, the capital.

In a sign of desperate times calling for desperate measures, the Iran-backed Houthis in Yemen targeted a gathering of coalition forces east of Sanaa by launching Iran-made “Zelzal-1” missiles. This hideous attack resulted in the destruction of a local mosque in the targeted area and leaving at least 26 coalition fighters killed.

As Tehran sees its measures failing in the strategic company of Yemen, strategically aimed to send messages to Riyadh, we will unfortunately have to brace for further episodes of heinous crimes against Yemen’s liberating forces and its innocent people. 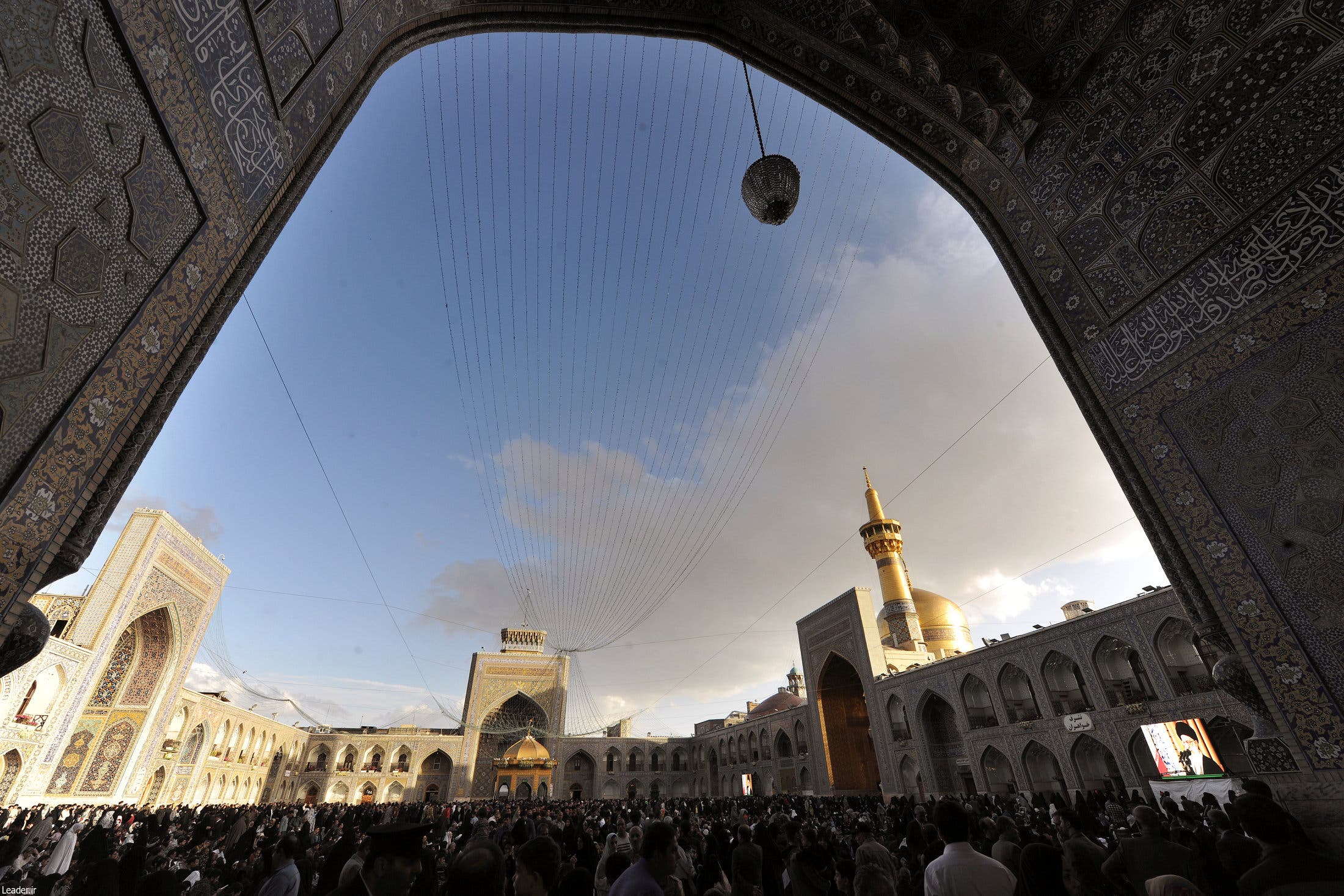 Iranians gather during a speech by Supreme Leader Ayatollah Ali Khamenei in the holy city of Mashad, on March 21, 2017. (Reuters)

A welcome turn of events

Unfortunately, Iran enjoyed a passive approach from the Obama administration on Syria, allowing it to plunge the country into flames. However, when asked about Washington’s current view on Syria’s Bashar Assad, US State Department spokesman Mark Toner made remarks that certain caught Iran, as the main supporter of Damascus, off guard to say the least.

“We view him as a brutal man who has led his country into this morass… We believe that will be a transition away from Assad, because we don’t believe he can ever be an acceptable leader to all of the Syrian people,” Toner emphasized.

“…it’s our opinion, given what he’s wrought, the devastation he’s wrought on his own people. But it needs to be a decision by the Syrian people, and that includes moderate Syrian opposition…, on how to transition to a new government. We think one that doesn’t include Assad, obviously, but that’s where we’re at on this. So it’s up to the Syrian people to decide. Our opinion is that he’s not a credible leader.”

To add insult to injury for Iran, the regime is experiencing serious troubles with a high number of casualties in the proxy militias trained and dispatched by the Revolutionary Guards (IRGC) to Syria. A senior Iranian official has desperately pleaded on the government to issue citizenship for Afghan nationals currently fighting under the so-called “Fatemioun Division” flag in Syria.

During the past 12 months alone another 2,000 IRGC foot-soldiers from Afghanistan and Pakistan have been killed in Syria and Iraq, according to Mohammad Ali Shahidi Mahalati, head of so-called “Martyrs Foundation”. It is worth noting the Iranian opposition, National Council of Resistance of Iran (NCRI) in July 2016 declared around 15,000 to 20,000 Afghan nationals had been dispatched by the IRGC to Syria.

A quick glance at the above developments brings us to a conclusion of how Iran’s IRGC has a disturbing role in all aspects of the regime’s belligerence across the region.

And as the tides are changing against Tehran’s interests, the mullahs are weighing to up the ante on such provocative measures, or wind down the tone. The end result will especially be crucial as the regime finds itself in an extremely weak position before highly sensitive presidential elections in May.

This is exactly the right time to designate the IRGC as a foreign terrorist organization to impose the utmost pressure on Iran and force it to succumb to the demands of the international community and the Iranian people in bringing an end to its regional warmongering and domestic crackdown.
__________________________
Heshmat Alavi is a political and rights activist. His writing focuses on Iran, ranging from human rights violations, social crackdown, the regime’s support for terrorism and meddling in foreign countries, and the controversial nuclear program. He tweets at @HeshmatAlavi & blogs at IranCommentary.