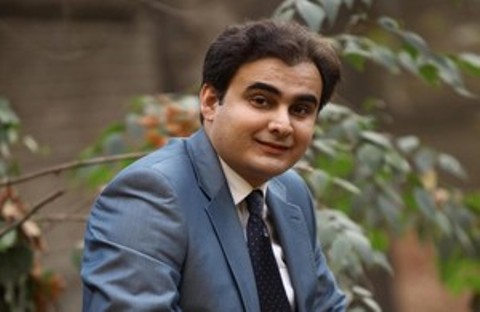 Peyman Aref
In the early hours of Saturday 10 Dec, Turkish anti-terror police raided the residence of Peyman Aref in Ankara and arrested him.
Peyman Aref is a student activist, journalist and former political prisoner in Iran. He has been residing in turkey as an asylum seeker.

Aref’s wife recorded his encounters and arguments with the Special Operations police who in Turkish said that he has been accused of involvement with the Gulen movement in Turkey. An allegation that both Aref and his tearful wife denied on camera.
Samira Jamshidi, the wife of Peyman Aref broadcasted the whole events leading up to his arrest live on Facebook. Some 1000 viewers were following the conversations of Aref with the

Turkish Police before they entered the apartment.

The live broadcasts on Facebook show a conversation between Aref and security forces behind his apartment door. Peyman Aref does not open the door and requests to see the warrant for his arrest. The Turkish officers do not have a warrant but later on, in a few hours do present a warrant.
In the video the police accuses Aref of affiliation with the “Gulen terrorists.” Peyman Aref denies this charge.

After his arrest Aref’s wife records a video in distress and tearful eyes stating that her husband was beaten during the arrest and that she does not feel safe.

Samira Jamshidi confirms that her husband is in fact in custody of Turkish security forces and that official charges brought against Aref have not yet been announced.

In a message to friend before his arrest Peyman Aref names another Iranian asylum seeker and accuses him of working with the National Intelligence Organization of Turkey (MIT). Aref accuses this person of setting him up. Areft also states that he has been receiving threatening messages but does not elaborate on the nature of the threat.